NXT is on its way to WarGames and that means we are on our way to a non-cruiserweight challenging for the Cruiserweight Title. I’m not sure why that should be a surprise, as Roderick Strong hasn’t defended the title in about two months, so the future isn’t exactly bright. At the same time, that has very little to do with this show so let’s get to it.

Legado del Fantasma is here with Lopez. Feroz tries to take her down to start and is blocked with straight power. A hard slap to the face sets up a slam spun into a Rock Bottom and we hit the nerve hold. That’s broken up and Feroz kicks away at the leg, setting up a running hurricanrana. Lopez isn’t having that though and muscles her up into a sitout powerbomb for the pin at 3:50.

They fight over hammerlock control to start and that doesn’t get either of them anywhere. A hiptoss into an armdrag works a bit better for Yan and a cartwheel lets her pose at Miller a bit. Miller takes her down into a cradle for two and we hit the cobra clutch. That’s broken up and Yan grabs a suplex for two, meaning frustration is setting in. Miller is done with this and hits a knee, setting up a faceplant onto the knee for the pin at 4:35.

We look back at Joe Gacy calling out the Cruiserweight Title for weight shaming. The match is set for WarGames.

Chase calls this a teachable moment because he is going to show that you win fights with your mind instead of your fists. Sikoa is fired up but Chase grabs an armbar to slow him down for at least a good six seconds. They fight over a wristlock until Sikoa hits him in the face to take over. A belly to belly sends Chase outside and it’s time for Sikoa to shout some more.

The Samoan drop is countered though and Chase hits a swinging neckbreaker. Chase slams him down and stomps away, while shouting GIVE ME AN INSERT LETTER HERE to spell out CHASE U. We hit the long form chinlock on Sikoa but he’s right back up with a legsweep into a backsplash. A spinwheel kick gets two on Chase but he sends Sikoa throat first into the ropes. That and a tornado DDT are enough for two on Sikoa, who plants Chase with a Samoan drop instead. The Superfly Splash finishes Chase at 8:29. 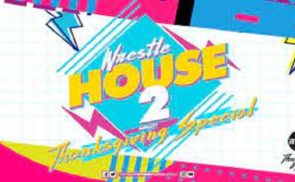 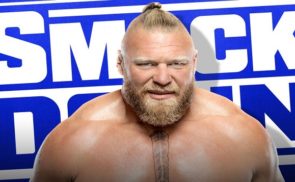