Fare thee well. Wrestlers have a weird situation when it comes to retiring as they are able to get back in the ring for a one off match here or there. As a result, wrestlers are able to stick around a lot longer than most other professional athletes and take their time retiring. Now though, one of the biggest names in wrestling history has announced his final match is coming next year.

Keiji Muto, better know by his alter ego the Great Muta, has announced that he will wrestle his retirement match on February 21, 2023 at the Tokyo Dome in Tokyo, Japan. The event will be called Keiji Muto Grand Final Pro-Wrestling ‘Last’ Love Hold Out. An opponent has yet to be named. Muta will wrestle his last match at The Great Muta at the Yokohama Arena on January 22, 2023. Muto, 59 years old, debuted on October 5, 1984.

Opinion: I’m glad to see someone as legendary as Muto getting this kind of a sendoff as not everyone gets to do something like this. Muto has been around for almost forty years and it is remarkable that he is still in the ring. Let him get out on his terms while he still feels like he is able to deliver enough in the ring. I’m kind of wanting to see the match, just for the sake of how great Muto has been over the years.

What was the greatest match of Muto’s career? Who should he face in his final match? Let us know in the comments below. 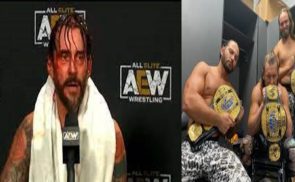