He’s gone. There are a lot of talented stars on the AEW roster but that does not mean everyone is going to stay. At some point some of the wrestlers are going to have to leave for one reason or another and that can create some issues. There are reasons for wrestlers to leave that have nothing to do with what goes on in the ring and that might be the situation again.

According to Fightful Select, Malakai Black has been granted a conditional release from his AEW contract. While the conditions are not specifically know, it is believed that he will not be able to wrestle elsewhere in the immediate future. This has already included the cancellation of an independent booking in Ohio on Friday September 9. Black has been rumored to be trying to leave AEW due to a personal matter. He lost in a six man tag at All Out last Sunday and reportedly bid farewell to the fans off camera.

Opinion: This felt like something that had been building for a few weeks now and thankfully it doesn’t seem like there is any major bad blood between the two sides. Sometimes something happens outside of wrestling that requires extra attention and that might be what is going on here. Black is a talented star and someone who can be back in the ring when he is ready, so taking care of what matters is more important.

What do you think of Black? Where do you see him going next? Let us know in the comments below. 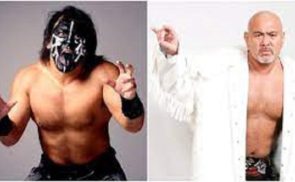