He needs something to do. There have been a lot of returns to WWE in recent months and some of them have resulted in some great moments for the company. Several names who have been gone from the company for one reason or another are now back and that has made things more interesting than they have been in a good while. Now we know something more about the latest big return.

The main story coming out of this week’s Monday Night Raw saw the return of former Universal Champion Braun Strowman after a year plus absence. Strowman returned and wiped out four tag teams before appearing later in the show, where he announced he would be on SmackDown this week. According to PWInsider.com, Strowman will be a member of the SmackDown roster going forward and aligned as a babyface.

Opinion: Strowman as a babyface is an interesting choice as WWE has run the idea of a big monster into the ground over the years. If Strowman has gotten that much better then things could be a lot of fun, but at some point he is going to have to beat Roman Reigns. Strowman has lost to him so many times over the years that it is almost his white whale, so go with what needs to happen at some point.

What do you think of Strowman’s return? How will the new plan go? Let us know in the comments below. 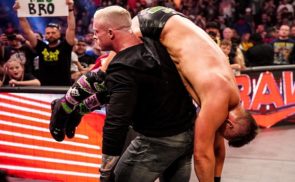 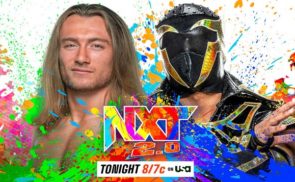