That’s a special endorsement. Over the years, several celebrities and outside athletes have tried their hands at wrestling, with the success rate being a bit all over the place. There will be some instances of these outsiders being near disasters but some of them have done very well, blowing away expectations. Now some outsiders have received praise from one of the bigger stars in wrestling today.

IN CASE YOU MISSED IT: WRESTLING RUMORS: Here’s Why Aliyah Has Been Off WWE TV, When She Could Return

Earlier this month at WWE Crown Jewel, Logan Paul unsuccessfully challenged Roman Reigns for the Undisputed WWE Universal Title. The match saw Logan’s brother Jake Paul interfere to help take care of the Usos. Jake has since uploaded a video to his YouTube page, showing Brock Lesnar praising the pair and saying that he has followed their careers. Lesnar also wrestled on the show, defeating Bobby Lashley in the show’s opening match.

The Pauls have done well. Check out what Lesnar had to say (beginning at 12:27) and Logan in action: 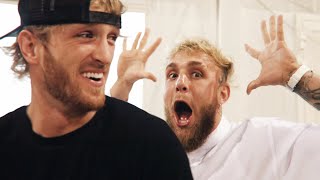 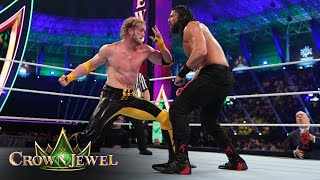 Opinion: I can’t say I blame Lesnar as the Paul Brothers have done some remarkable things during their careers. Logan feels like he is already one of the best celebrity stars and Jake has more than made his mark as a boxer. To get praise from someone with as much success as Lesnar shows that the two of them are doing something right and it should be good to see where they go from here.

What do you think of the Paul brothers? How far could Logan go in WWE? Let us know in the comments below. 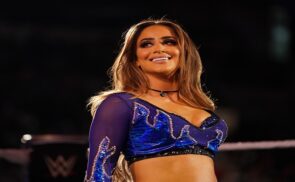 WRESTLING RUMORS: Here’s Why Aliyah Has Been Off WWE TV, When She Could Return