Where It Hurts: Vince McMahon Allegedly Paid Manager Only $100 For WrestleMania

That’s not a good way to go. Wrestling is a unique business to say the least, as there are certain things that are done in the industry that would make no sense elsewhere. This ranges from how the workers are presented to how they are always on the move, the latter of which can get expensive. That can turn into a bigger problem if you annoy your boss, and that is what someone did to the biggest boss in wrestling.

IN CASE YOU MISSED IT: Yes Chance: Important Update On Vince McMahon Documentary

During his YouTube show, former WWE personality Dutch Mantell revealed that James Dundee, formerly known as JC Ice during his time in WWE, was paid $100 for WrestleMania 13. Dundee had angered McMahon in some way and was paid $100 for getting involved in the Chicago Street Fight at WrestleMania 13. Mantell said this was far lower than the normal amount managers were paid for just walking to the ring at this point.

In addition, Mantell said Dundee did not complain about the pay as McMahon was looking for a reason to get rid of him at the time. Mantell also mentioned that Dundee had shown up at the event with a $700 taxi bill and attempted to stiff the driver, who was eventually paid after complaining so much. It was not specified if this is what made McMahon mad.

Mantell can do it better than anyone else. Check out his story about Dundee: 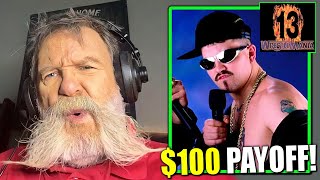 Opinion: That really doesn’t sound like the brightest thing to do at WrestleMania as McMahon is going to be as stressed as he could be. Dundee showing up and causing that kind of an issue over a cab was some rather bad timing and it would not surprise me if the rest of his pay went to the cab driver. McMahon certainly has a reputation for being tough in the first place and making it even worse could be quite the bad move.

What do you think of Mantell’s story? What is your favorite McMahon story? Let us know in the comments below. 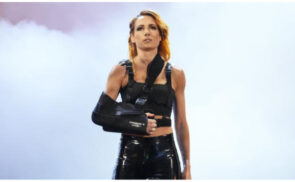