Becky Lynch has been out of action with a separated shoulder since August 1st. She was written off WWE television after suffering an attack from Damage Control. Big Match Becks hasn’t been featured on WWE programming since SummerSlam, but there are some rumors swirling about a potential WWE return must sooner than you’d think.

Following this week’s Monday Night Raw, WWE Raw Women’s Champion Bianca Belair has formed most of team for Survivor Series WarGames. However, she’s still one more member shy in the match. The rumor mill is reporting that Becky Lynch is anticipated to be revealed as the fifth member of the team soon.

Related: Becky Lynch Explains What Hurt Her Friendship With Charlotte

Her role in the WarGames Match would make sense given the angle at SummerSlam before she was put on the shelf by Damage Control. Becky Lynch coming for revenge in her return adds a lot to the match and gets her rolling into WWE programming before the end of the year.

Word on the street is that the WWE locker room is ecstatic to have Becky Lynch make behind the scenes, especially now that Triple H is the one in charge of creative, not Vince McMahon. It would be interesting to see how Becky is booked now as a babyface with Bayley and Damage Control still running hot as the heels on Raw.

Becky Lynch is beyond the point of needing another championship run. It’s highly unlikely that WWE would want to book Bianca vs. Becky for another WrestleMania. Ronda Rousey is still the SmackDown Women’s Champion. That’s a situation that has been left unresolved for years now. Becky vs. Ronda might be the way forward for both women heading into 2023.

If WWE is announcing Becky Lynch as the fifth member for WarGames, it’s most likely to happen on the go-home show on Raw next week. The powers that be could hold her return for a surprise on the PPV, but it’s more traditional WWE booking to give the fans a huge return to push the PPVs buys. Watch the rumor mill going forward because something is cookin’. 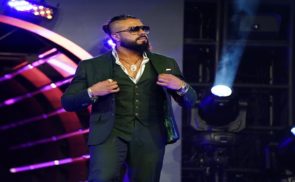