Can you blame her? Wrestlers are ultimately performers in a way, but there are still very real people in the ring. Those people are going to have emotions of their own, some of which can be related to the wrestling business. Sometimes you will see someone let some of that emotion out and it can be rather interesting to watch. That was the case again this weekend.

One of the major feuds coming into this year’s Survivor Series was between Becky Lynch and Charlotte. The two were previously friends but various issues have driven them apart. Lynch defeated Charlotte in the show’s opening match but she was not done for the night. WWE has released an interview with Lynch from after the match, where she talks about how emotional she got getting ready for the match and where they are now. Lynch was in tears during the promo and talked about how close the two were while they despise each other now.

It was an emotional night. Check out the promo, the match, and how we got here: 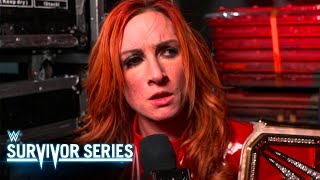 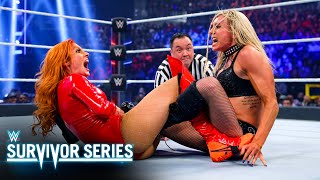 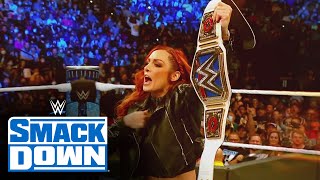 Opinion: This is one of those rare feuds where you can see just how personal everything has gotten between the two of them. Lynch seems to be channeling some very real emotions and that is the kind of thing that you do not get to see very often. It can make a story feel that much more important and it helped this feud become one of the best things that WWE has done in a good while.

What did you think of the promo? What is next for both of them? Let us know in the comments below.