That might be next. Every now and then, you see something on WWE television that gets your attention. This could be a good or a bad thing, as it can be hard to tell from time to time. What matters most is that it is memorable though, as getting fans to notice is arguably the hardest thing to do. WWE has pulled it off again, and now it might be time to take the next step.

Alexa Bliss and her doll Lily indirectly helped Tamina and Natalya defeat Nia Jax and Shayna Baszler to retain the Women’s Tag Team Titles this week on Monday Night Raw. Late in the match, Bliss and Lily appeared on the stage. Soon after, fire came out of one of the ring posts to distract Baszler, allowing Tamina and Natalya to hit the Hart Attack and retain. This is the second week in a row that Bliss and Lily have done something to Baszler to cost her a match, following Lily injure her leg last week.

It is not clear if Bliss will be participating in a match anytime in the future. Bliss has not wrestled a match since the March 21 Monday Night Raw, during which she did not get physical whatsoever. The last time that she was physical in a match was on February 1 against Nikki Cross. In addition, Baszler and Jax are a team and there is no word on if Bliss would find a partner to face them or work on her own.

Bliss and Lily are an interesting pair. Check out what they have done so far: 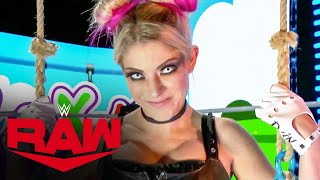 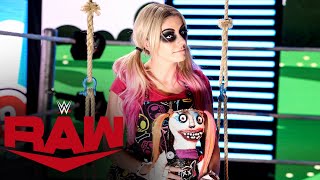 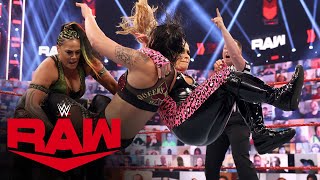 Opinion: Bliss is going to team with the doll isn’t she? Would it really surprise you to see WWE doing just that? It is the kind of thing that is so out there and so over the top that WWE would probably try to make it work. Bliss would be much better served finding some kind of a disciple, like say her old partner Cross, but you never can tell what is going on in WWE’s minds these days.

What do you think of the angle? How would a match go? Let us know in the comments below. 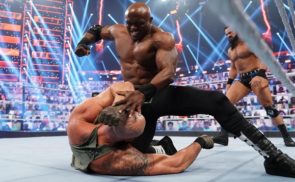