Cue Pomp And Circumstance! The Women’s Revolution has changed everything in the world of wrestling, bringing women’s wrestling into a completely uncharted realm. Women’s wrestling has gone from little more than a waste of time or a special attraction to one of the hardest pushed parts of the entire WWE. However, there is something they have not accomplished yet, which is now going to be changed.

After this week’s NXT, referee Jessika Carr received the traditional farewell from NXT as she is now on her way up to the main roster, with a new position on SmackDown. This will make Carr the first full time female referee on the main WWE roster. Carr debuted down in NXT in August 2017 and is now moving up two years later. She joins AEW’s Aubrey Edwards as the only full time female referees on main rosters.

You might not know Carr, but NXT is there for you. Check out an introduction to Carr, as well as her big farewell: 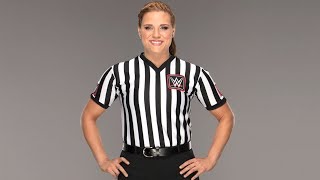 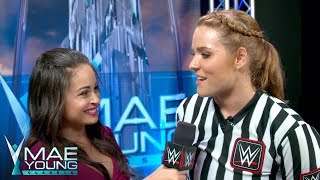 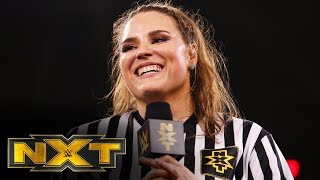 Opinion: Carr is someone who has accomplished the hardest thing that she could be asked to do: she has blended into the background. Yes she is the first full time female WWE referee, but the fact that she is a woman has been nothing more than a detail. That is something that is going to be difficult as some fans are not going to be pleased with her. The fact that Carr is a woman is just a detail, and that is how it should be no matter which roster she is on.

Has Carr impressed you? Who is your favorite referee? Let us know in the comments below.