He made it work. There are very few wrestlers who have been able to defy the laws of time like R-Truth. He started in the WWF all the way back in 1999 and came back after a lengthy hiatus, only to reach some incredible heights all over again. He has since moved on to become one of the more popular comedy wrestlers in WWE and those comedy skills were on display in a lucrative way earlier this year.

R-Truth has gone from a serious wrestler to someone who is not always exactly on top of everything and is often confused. This has been a big part of his dominance of the 24/7 Title but he has also had some higher goals in mind. One such goal was winning the Royal Rumble, but Brock Lesnar entering the match had R-Truth a bit scared. The moment also had Lesnar in stitches of laughter, and that was worth something to someone.

In a new interview with TalkSport, R-Truth spoke about his in-ring segment with Paul Heyman and Brock Lesnar from January of this year. R-Truth says there was a bet between Paul Heyman and someone else over whether or not R-Truth could make Lesnar laugh. The segment was mostly improvised and Lesnar did laugh several times. After the segment was over, Lesnar said he and R-Truth needed to do something else because there was such chemistry between them.

This is quite the story. Check out R-Truth’s recap and the segment itself:

Opinion: When you get something that works like this, you can absolutely feel it and there is nothing that you can do to make it up in advance. I was actually in the arena for the segment and you could feel everything hitting on all levels. There is something great about R-Truth and that segment has stuck with me for the last eight months. Those two worked very well together and it takes something impressive to make Lesnar, one of the true monsters of wrestling, crack up like that.

What did you think of the segment? Who is the funniest wrestler you have ever seen? Let us know in the comments below. 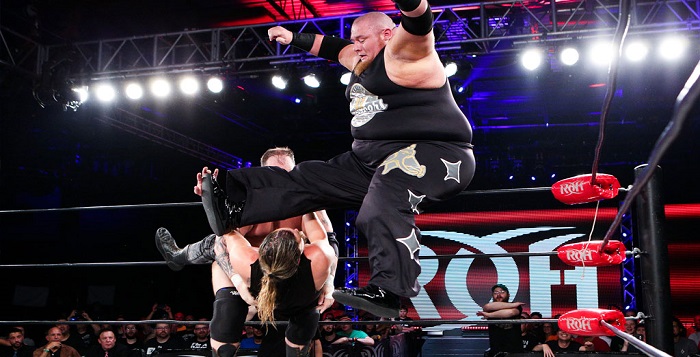 SmackDown Gets Some Great News This Week