It keeps going. Like almost everything else, WWE has been shaken up by the Coronavirus pandemic. There are only so many things that WWE can do to bring in income at the moment and that is going to be the case for the time being. WWE has done a few things to cut their costs, which included letting a number of wrestlers go. There were other employees taken away as well, though not permanently. It was only temporary, but that temporary is getting longer.

In addition to the active wrestlers being released from WWE, a number of producers were furloughed as well. That makes a lot of sense when you think about it, as the company was having fewer matches and therefore did not need as many people backstage helping set things up. WWE would need them again one day and put them on furlough, but that status is going to continue.

According to the Wrestling Observer Newsletter, the furlough for WWE employees will continue until at least August 28. It is not clear what will need to happen before the employees are allowed to return to work. Several of the furloughed employees are currently looking for other work in the meantime. There is no word on whether or not they would return to WWE when allowed.

This would be a great return. Check out some of the best in WWE history:

Opinion: As bad as the news is, you almost had to know that it was coming. Very little has changed in WWE since the furlough began and there is little reason to believe that things are going to get better anytime soon. With the lack of income for the company, I can’t say I’m surprised that WWE is not changing anything back. Hopefully they can soon, but I’m not sure how many of the employees are coming back to work.

When are you expecting the employees to return? How many of them will? Let us know in the comments below. 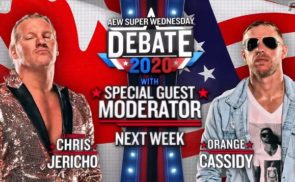