You can always have another classic. The tag team division is starting to heat up in NXT and this week’s episode really cranked things up. As announced by “NXT” General Manager William Regal, Tag Team Champions DIY will be defending their titles against former champions the Revival on January 11. The winners of that will go on to face the Authors of Pain at “Takeover: San Antonio”.

DIY and the Revival are fresh off a potential Match of the Year at “Takeover: Toronto” with the Revival losing the titles in a two out of three falls match. At the same show, the Authors of Pain defeated TM61 to win the second annual Dusty Rhodes Tag Team Classic. While there was no title match guaranteed to the winners, the Authors of Pain are likely getting their shot for winning the tournament.

The tag team scene is one of the best things about NXT at the moment so I more than welcome another match between Revival and DIY. The Authors of Pain are great monsters to face whoever comes out with the belts and there’s no guarantee that the Authors aren’t going to take them in San Antonio. Either way, there’s no bad option out of the three.

Which of the teams do you want to come out with the belts? Do you think there might be a three way title match? Let us know in the comments below. 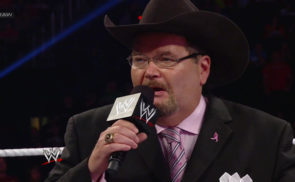 Jim Ross: Chris Jericho Is the Best Pure Heel in the Business 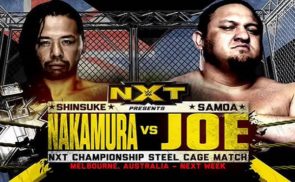 Update on the NXT Title Situation