Special Title Match Set For NXT Takeover: In Your House

It’s up there. There are certain matches that you see over and over again on a wrestling show, as they make sense almost every time. Some of them are used more than others and NXT is no exception. There are a few matches which WWE certainly enjoys presenting and they know how to build them up. That was the case this week, albeit a little bit faster than usual.

This week on NXT, Ted DiBiase announced a ladder match between Cameron Grimes and LA Knight for this Sunday’s Takeover: In Your House. In addition, the winner of the match will be the new Million Dollar Champion, which DiBiase revealed to end the segment. This comes after Grimes and Knight have fought over who would receive DiBiase’s Million Dollar Legacy.

The Million Dollar Title was originally introduced by DiBiase in 1989 as his own vanity title. Originally DiBiase was the only person to hold the title, though Virgil eventually won the championship in 1991. DiBiase would later award the title to Steve in 1996, though Austin would abandon it in 1996. Ted DiBiase Jr. would later be awarded the title in 2010 and hold it for a little over seven months before abandoning it as well.

It has a history. Check out how the match was set up and a look at the title: 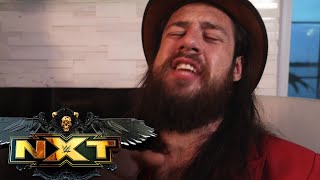 Lifestyles of the Rich and Famous with LA Knight and Cameron Grimes: WWE NXT, June 8, 2021 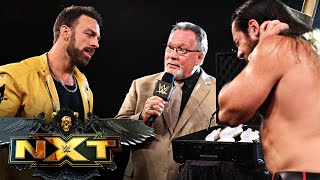 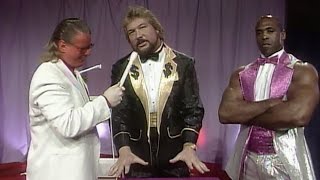 Opinion: The match itself doesn’t surprise me though the idea of these two in a ladder match is a little bit odd. I’m not sure how much the stipulation is needed, though it does make sense given the title being added. WWE certainly does love itself some ladder matches though, especially with Money In The Bank coming just a little over a month after this show. As long as it is good though, things should be fine.

Do you like the match? Who will win the title? Let us know in the comments below. 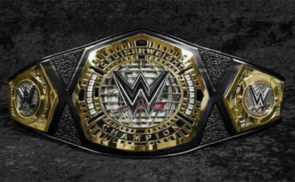