We have less than two weeks to go before Summerslam and it’s time to try and juice the interest a bit. Last week saw Retribution show up on Smackdown and this week it’s a bunch of guest stars in a tri-brand battle royal for the shot at Bayley’s Smackdown Women’s Title. That could go a lot of different ways so let’s get to it.

The opening recap looks at Retribution’s attacks and antics over the last few weeks.

Cole says that Retribution is “hiding behind current events.”

Before the match, Big E. reminds us of his singles success and calls those who forget it false prophets. There’s no Miz here, but there are some flickering lights….and here’s Retribution. They chase off commentary and storm the ring, including taking out Big E.’s knee. A spear puts Big E. down and the team runs away, with Miz running out to check on Morrison. There were eight or nine of them this time but only about half of them got physical. No match.

Post break Big E. and Morrison are in the back with various wrestlers around them. Miz blames Big E. for sending out a tweet about Retribution, but here’s King Corbin to say Smackdown needs leadership. Corbin can lead them to safety so Big E. talks about how this is Smackdown. Cue Sheamus to say we need someone serious and he can smell the fear in Big E. because he’s lonely. Big E. says he’s not lonely and most of the wrestlers leave with him.

Here are Bayley and Sasha Banks for a chat. They can’t be held down by Stephanie McMahon and they’ll defend their Tag Team Titles at Payback. As for tonight, they don’t like commentary so they’ll handle the ring introductions for the battle royal.

The winner gets a shot at Bayley’s Smackdown Women’s Title at Summerslam. Before the match, Sasha runs her mouth about Asuka a bit too much and here’s Asuka to chase her off. We come back for the opening bell and Riott is kicked out in a hurry. Morgan pulls Kay out and Royce follows her, but they pull Morgan out as well. The four get in a brawl on the outside and Cross is thrown outside, but not eliminated. Belair is thrown over but hands on by one hand for the save.

As Cole confirms that they are leaving the Performance Center next week, Tamina superkicks Cross out and has the staredown with Belair. That doesn’t last long as Tamina is thrown out, meaning it’s time for Naomi to clean house for a bit. Lacey throws her to the apron, where Naomi kicks Shayna in the head but gets Woman’s Righted out. Shotzi gets rid of Lacey but Shayna grabs the Kirifuda Clutch on Shotzi and Lacey pulls Blackheart out.

Nox can’t whip Belair in but she can roll her throat first into the middle rope. Belair misses a charge and gets low bridged out. We’re down to Nox, Asuka, Baszler and Brooke (on the floor) with Nox hitting the reverse Cannonballs on the Raw women. Baszler blocks Nox’s chokeslam and picks her up (barely) for the elimination. Brooke gets back in and is tossed by Brooke, meaning it’s off to Asuka vs. Baszler.

With Bayley looking worried, Baszler kicks Asuka over the top and out to the apron, but Asuka kicks her down as well. Bayley and Banks interfere and get knocked down so Baszler knocks Asuka onto the apron….and she lands on the champs, meaning no elimination. Asuka pulls Baszler out for the win at 8:05, meaning she’s facing both Banks and Bayley for both singles titles.

Post break Asuka jumps Bayley from behind and has to be held back.

Mandy doesn’t think much of Sonya saying she’s just a pretty face because she has heard it all before. She has been called a Barbie who has everything handed to her her whole life, but she worked three jobs to put herself through college while winning a Miss Bikini World Title. Is that being handed everything? If Sonya hates her that much, put her money where her mouth is and let’s have a hair vs. hair match at Summerslam. Then we’ll see how ugly it gets.

Sheamus tells security to enjoy themselves because no one is attacking him tonight.

Nikki Cross sees Alexa Bliss (who she should have seen as both of them seem to have been standing in the same place for a little while) and hugs her but Bliss needs to be alone to deal with this Fiend stuff.

Sheamus powers him into the corner to start but Shorty takes him down by the leg. A chinlock is broken up in a hurry and Sheamus ax handles him in the face. Shorty gets in a rolling kick to the face and a missile dropkick gives him two of his own. Sheamus has had it though and hits White Noise into the Brogue Kick for the pin at 3:35.

AJ Styles yells at an agent over something on a computer. That agent would be better known as Abyss, albeit in his Joseph Park attire.

Here’s AJ Styles, with the yet to be named Park and a board covered with a black sheet, to rant about how he has beaten a bunch of people and needs a new opponent. After plugging his Twitch channel, AJ talks about how fans have been telling him that he needs to face certain opponents because statistically, they are his best opponents. AJ has been watching baseball and football and realizes that he is a stud of a stats nerd himself. That brings him to Park, who is his Phenomenal Intercontinental Statistic System. AJ: “IT’S A WORK IN PROGRESS!”

Based on the statistics, let’s see who is #1 one on the board. That would be AJ Styles, and, after consulting with Joseph Park (who AJ mentions by name), we see that no one is #2-5, because no one has earned a shot at the champ. Cue Jeff Hardy to interrupt to say he never got a fair shot at the title because of Sheamus.

That title is important to him because it was his first singles title in WWE. Now he’s back on his feet and the idea of Hardy vs. Styles sounds mega cool. AJ says he respects Jeff but of course he can’t have a title shot. Jeff jumps AJ, hits Park, and nails the Twist of Fate on Styles. Hardy writes his name on the board in a nice touch.

Cesaro and Shinsuke Nakamura are in the back but Lucha House Party steals their titles. The chase is on.

AJ promises to erase Jeff Hardy, but the marker is permanent. The match seems to be on though.

Cesaro and Lince Doradn are here too, with Cesaro taking the titles back early on. Feeling out process to start with Nakamura taking him into the corner, only to have Metalik stop a charge with a shot to the face. Metalik hits a springboard elbow to the face for two and loads up the rope walk, but Cesaro offers a distraction.

Nakamura kicks him out of the air for a cocky near fall and grabs the reverse exploder. Kinshasa is loaded up but here’s the returning Kalisto (I believe in his first appearance this year) to take out Cesaro. The distraction lets Metalik kick Nakamura in the head and hit the rope walk elbow for the upset at 4:10.

Matt Riddle, after assuring that it’s ok to refer to Kayla Braxton as bro, isn’t worried about the King’s Ransom on his head. He’s tried to fight King Corbin but it’s clear that Corbin is just a royal pain. Cue Shorty G. to say he’s sorry and he was just looking out for his family. Injuring someone isn’t his thing and everything seems to be cool. Riddle is down for a fight anytime, but here’s Corbin to jump Riddle from behind. Corbin thanks Shorty, and even calls him Chad. Gable doesn’t seem sure of what just happened.

We get a sitdown interview with Alexa Bliss, who talks about her relationship with Braun Strowman. This includes a highlight package of their time together, including their rather adorable Mixed Match Challenge vignettes. She isn’t sure if anything would ever happen romantically between the two of them, but they have to talk about the Fiend. Bliss knows what it means to be in his presence and it really is like a moth being drawn to a flame. We see Strowman’s comments from last week where he said he didn’t care about her. Bliss is too emotional to speak to wrap it up.

Miz is on commentary and praises Morrison’s mastery of all the martial arts. Miz: “He’s even a great painter!” Big E. has a taped up knee so Morrison goes straight for the target. Morrison heads up top but gets shoved down in a hurry. That’s enough to set up the apron splash but Big E. goes after Miz, allowing Morrison to get in a chop block. Miz has to get a fresh headset as Morrison grabs a chinlock. Cue Otis with the Money in the Bank briefcase but the lights start flickering. Cole calls for security and we take a break.

Back with the lights flickering again and the locker room at ringside for security. We cut to the back where Retribution is wrecking things, including beating up some referees and a lone wrestler. They lock someone in the bathroom and throw a bunch of chairs, but since no this isn’t on the screen, the wrestlers at ringside don’t know anything about it.

Cue Jessika Carr to deliver the message so the locker room runs to the back. Retribution is gone and the wrestlers aren’t happy with the crossed out WWE logo spray painted on the wall. Big E. shoves Morrison off the ropes and hits the Rock Bottom out of the corner for two. Morrison escapes the Big Ending and kicks at the knee as Miz explains that he cares about Morrison too much to go backstage. Big E. grabs the Stretch Muffler for the quick tap at 11:49.

Post match here’s Sheamus to brogue Kick Big E. but here’s Braun Strowman (now bald) to scare everyone else off.

Post break Strowman says Fiend knows what he’s getting at Summerslam so get out here and face your fears. Strowman is going to eviscerate him and consume his entrails…but here’s Alexa Bliss instead. She says they need to talk but Strowman says she used him. He’s like a pawn that she used to get him to sing songs in her stupid car. Bliss wants to know what is going on, so Strowman explains that the Fiend changes everyone, including her. So get out of here, because he wants the Fiend.

Bliss tells him to be careful what he wishes for and offers to slap some sense into him. She demands he look at her and hits a heck of a slap before doing it over and over. Strowman picks her up in a gorilla press…and there go the lights. Strowman shouts for the Fiend and slams Bliss down as the lights go completely out. They come back in red with Fiend having replaced Strowman. Strowman appears on the screen and laughs, with Fiend doing the same, to end the show. 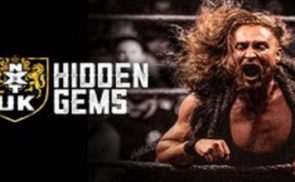 New Title Match Set For Summerslam With An Interesting Twist