That could have been a lot worse. You never know when you are going to see an injury in wrestling and that is one of the scariest aspects of the sport. Someone can go from perfectly fine to down and hurt in the blink of an eye. One of the best things that you can see is someone get up and be cleared in a hurry, but it doesn’t make the initial moment any less scary. That was the case again this week.

One of the things that WWE fans have had to get used to over the last few months is taped shows. WWE has all but stopped live shows since the early summer and while that may be changing in the near future, the shows are being taped for the time being. That means that the company can edit things out if they choose to, and they might be doing just that next Wednesday.

According to Post Wrestling, Johnny Gargano suffered an injury scare in a match against Ridge Holland during Wednesday night’s NXT taping. Gargano landed on his head at some point during the match, causing the match to be stopped and Triple H and Shawn Michaels came to the ring to check on him. Gargano was cleared to continue and finished the match before apologizing to everyone for the delay. He was also checked again after the match wand was said to be ok.

Gargano is lucky to be ok. Check out what he can do when he is healthy:

Opinion: That is quite the relief as these things are called scares for a reason. Gargano could have been hurt pretty badly but at least it seems to have just been a quick scare than anything serious. He wrestles a dangerous style in the first place but has mainly been injury free during his time in NXT. Hopefully that continues, as any injury is a bad thing no matter what.

What do you think of Gargano? What is next for him in NXT? Let us know in the comments below. 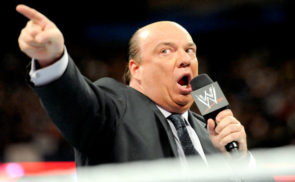 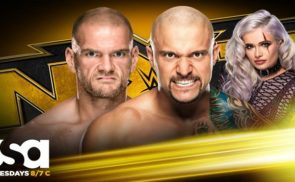