Keep em coming. Back in February 2014, the WWE Network changed the way the wrestling world worked forever. All of a sudden, wrestling fans were able to see a huge amount of WWE content for a cheap price completely legitimately. The big draw at the launch of the WWE Network was the entire pay per view library, but more was being added later. That will be the case again soon.

As great as the pay per view library was, it was nice to also have some other things included. That was the case with NXT, but also things like WCW, ECW, Mid-South Wrestling, Mid-Atlantic Wrestling and more. There is so much wrestling out there that a lot of fans don’t know where to start, and we are reaching the point where there will be even more to pick from.

According to Sports Illustrated, the WWE Network will begin including content from a variety of independent promotions from around the world starting on Saturday. Shows from Evolve, Progress, WXW and ICW will all be included, with the first shows focusing on talent currently in WWE. Both Drew McIntyre and Keith Lee will receive Best Of shows featuring content from various promotions. There is no word on how frequently the content will be uploaded.

The companies are going to be interesting. Check out what they are bringing to the Network:

Opinion: This is some great news as the WWE Network is the only mainstream places that can do something like this today. You don’t get to see something like this elsewhere, at least not without having quite an extensive DVD collection. I know a lot of fans are not big on WWE, but look at everything that they offer on the Network alone. It is almost impossible to not be interested on some level, because there is so much great stuff on there that you can hardly not check it out.

What do you think of the new content? What are you looking forward to most? Let us know in the comments below. 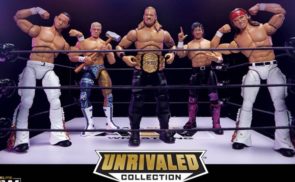