I guess he wasn’t a fan. There have been a lot of changes to WWE in recent weeks and the biggest has been the departure of Vince McMahon. After about forty years of running the company, McMahon has finally retired, taking with him a long legacy. One piece of that legacy is turning down ideas that might have flourished, which very well might be the case again.

Over the weekend, WWE presented its annual Summerslam event, with Raw Women’s Champion Bianca Belair successfully defending her title. After the match, Bayley returned and was accompanied by Io Shirai and Dakota Kai. According to Fightful Select, the stable was originally pitched to McMahon but he shot the idea down. There is no word on the upcoming plans for the team.

Opinion: I’m intrigued by the idea of the new trio, if nothing else because they are a fresh idea. That is something that has been lacking from WWE for a long time now and maybe there is something to the team. If nothing else, it could be interesting to see what happens when there is a fresh pair of eyes looking at these potential stories, and that seems to be what we have now.

What did you think of the debut? How will they do in WWE? Let us know in the comments below. 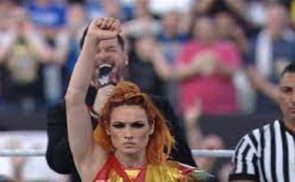