That’s not good developing. WWE is a massive wrestling company and has to do a lot of work to keep things moving. That is certainly easier said than done, but one of the best things that the company can do is keep the talent coming in to the promotion. There are multiple ways to do that, but WWE might be altering one of their primary means of bringing in new wrestlers.

WWE has been holding tryouts for new stars over the course of the week in Nashville, Tennessee. The tryouts have mainly included athletes from outside wrestling, which has been WWE’s main focus in recent times. According to Wrestling Observer Radio, this set of tryouts will be the last to focus on non-wrestlers, as there were several injuries due to the athletes not being experienced. The tryouts were reportedly described as a “disaster”. Therefore, the solution will be to bring in more independent wrestlers who are experienced in the ring.

Opinion: I can get WWE’s mentality here, as there is no reason for WWE to put in so much effort and resources for such little return. Independent wrestlers might have some habits that need to be unlearned, but at least they aren’t starting from scratch. I never understood the idea of bringing in a bunch of people with no experience and this seems to be a situation where it is not working as well.

What do you think of the change? Who would you like to see WWE sign? Let us know in the comments below. 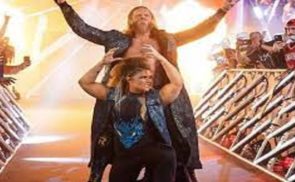