We’re fresh into the non-Vince McMahon era and that gives me a bit of hope that we might be in for something different around here. Then again those changes might not take place for a good while as WWE has more than enough to take care of with, you know, the company being all over the place. Maybe we can get a little something this week though. Let’s get to it.

They shake hands to start and it’s Borne taking him to the mat without much trouble. Borne does it again but grabs an armbar this time to mix it up a little. For some reason he lets it go so Bernal grabs a hammerlock, which is quickly tossed to the floor. Back in and Bernal goes with some shots to the face before grabbing a chinlock. Borne fights up and gets kicked in the face, setting up another chinlock. That’s broken up and Borne grabs a suplex, only to get rolled up with Bernal grabbing the rope for the pin at 4:05.

Quincy Elliott and Ikemen Jiro are ready to steal the show.

Brooks Jensen and Josh Briggs are here too. Ruca walks on her hands during the entrances but gets headlocked to start things off. A headlock takeover out of the corner but Ruca counters a snapmare into a wristlock. Ruca’s sunset flip eventually gets two and a shot to the face is good for the same. The armbar goes on to keep Henley down but she’s back up with a faceplant. A running kick to the face finishes Ruca at 5:16.

Elliott dances out of Enofe’s waistlock to start, because that’s what Elliott does. That has Enofe doing some pushups and trying to lift Elliott, earning him a throw down. Jiro comes in for some dancing and pushups of his own but Enofe drops him for a change. It’s off to Blade to work on an armbar, plus a dropkick to cut off a comeback. Enofe works on the arm as well but misses a charge in the corner, allowing the tag off to Elliott to clean house. Everything breaks down and Elliott gets dropped with a running knee, setting up a G9 for the pin at 5:58. 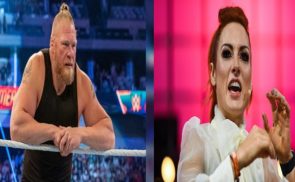 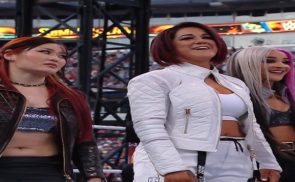