I’d say he is worth it. There are certain wrestlers who stand above the rest of their peers. You know these wrestlers when you see them and they are the ones who become the top stars and eventually the legends of wrestling. It is rare enough to see someone become a legend in their own time but a WWE star has done just that. Now we are seeing WWE pay tribute to him.

Earlier this week, WWE celebrated the twenty year anniversary of Rey Mysterio making his debut with the company. Throughout the week, the company has presented a variety of tributes and looks back at Mysterio’s career. This includes a new video looking at the Top 20 Moments of Mysterio’s career, featuring various matches and championship wins over the last twenty years. Mysterio is scheduled to team with his son Dominik against Judgment Day in a No DQ match at Summerslam.

There could be a lot more. Check out the Top 20 Mysterio moments: 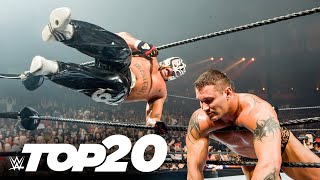 Opinion: This is the kind of area where WWE excels as they know how to promote their history as well as anything else. Mysterio has all kinds of great moments over his career and it is a lot of fun to look back at what he has done over the years. I’m not sure how much longer Mysterio is going to be in the ring so it is nice to see him getting this kind of treatment before he hangs up his boots for good.

What is the best moment of Mysterio’s career? Who should be his final opponent? Let us know in the comments below. 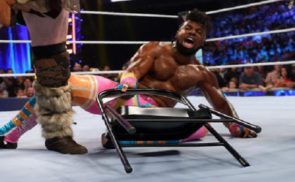 Catch You Later: WWE Star Attacked On SmackDown, May Miss Some Time