RUMOR: Next Up On The List. WWE May Know Which International Star They Want Next.

The next acquisition? WWE has shown a certainly ability to get their hands on almost any talent they want, either from the United States or internationally. A combination of the money, exposure and prestige that comes with working for WWE is hard to turn down for a lot of talents and that is very understandable. It seems that WWE has their eye on someone else at the moment.

Voices of Wrestling recently responded to a Tweet about New Japan star Sanada, saying that he is a free agent at the moment and WWE is interested in signing him. New Japan has been putting Sanada in higher profile feuds in an attempt to keep him around, including a feud with Kazuchika Okada. At the moment, there is no word on whether Sanada is interested in coming to WWE.

Free agent, period. And the WWE rumblings are happening again.

If I were NJPW, i'd attempt to lock him up. Three straight sellouts vs Okada, and regardless of what anyone might think of his work, he has an obvious crowd connection and superstar upside. https://t.co/r4aAqR183X

Sanada has worked in America before. Check out some of his time with Impact Wrestling:

Opinion: Sanada is certainly someone with a lot of talent and it is no surprise that WWE has picked up on that talent. His time in Impact was a rather solid run for him and his time in New Japan has been even better. That being said, I don’t think I can picture him actually coming over here, and that would be fine for him as well. There isn’t a bad answer for him though and hopefully he is happy in whatever he chooses to do.

Where do you think Sanada will wind up? Which company is a better fit for him? Let us know in the comments below. 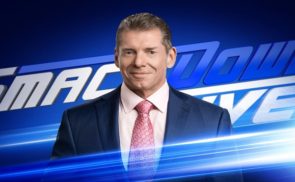 A Long Night At The Office. New Details On Just How Hectic Vince McMahon Made Things At This Week’s SmackDown Live.

Not Everything Can Make It. Some Prominent Champions Might Not Make Summerslam.