It’s never too early to start planning ahead. We are in the middle of a global pandemic which is changing everything about our way of life. This includes the wrestling world, which has been shaken up with everyone trying to figure out where things are going from here. That was the case with WrestleMania 36 and it is going to be the case with the next major show of the year as well.

WWE is one of the few wrestling companies that have some viable options at the moment. While some states are starting to open their doors ever so slightly, WWE has the Performance Center at its disposal, meaning that they do not have to worry about a venue for any show. That might not be optimal though, meaning that alternatives may be needed. That seems to be the case in August.

According to the WrestleVotes Twitter account, while WWE wants to keep Summerslam in Boston as scheduled, this will not be a realistic possibility due the city’s mayor banning all large events until September at the earliest. There is a chance that the show could be moved to September, but if not then it may be moved to another venue, possibly in Florida or Georgia, where fans will be allowed to attend. WWE has made no new comments on the show’s status.

What I’ve learned from sources on SummerSlam.

– WWE wants to remain as is, city of Boston has made it clear that’s not likely
– WWE is activity hunting for a new location w/ fans
– Keep an eye on the South, FL & GA.
– Date MAY be pushed into September
– No word on TakeOver

The show already has a deep history. Check out some of its more famous moments:

Opinion: I know things are going to be different this year but that is the case for everyone involved. There is only so much that can be done in such a situation and WWE is doing what they can to get around it. I’m not sure how Summerslam is going to go but it makes sense to have backup plans in place. If it has to be a month later then so be it, but there is every chance that it could be out of Boston for the sake of the show not being another Performance Center style event.

How do you see Summerslam going? What will the main event be? Let us know in the comments below. 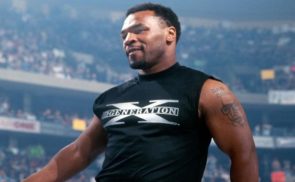 Mike Tyson Appearing At AEW Double Or Nothing