History has been made! Titles are one of the most important things in all of wrestling. It is very rare to see a wrestling feud that doesn’t have a title involved in some way as they are, at least in theory, the reason wrestlers are competing. There are a lot of them to go around in modern wrestling and that can make things all the more interesting at times. That was the case again this week.

During this week’s NXT, Imperium defeated Timothy Thatcher and Matt Riddle to become the new NXT Tag Team Champions. This comes less than a month after Thatcher was chosen as Riddle’s replacement partner as Pete Dunne cannot leave England due to travel restrictions. The win makes Imperium the third European team to hold the titles after British Ambition and Moustache Mountain.

The team worked while it lasted. Check out the former and new champs:

Opinion: This is the kind of thing that you have to do. Riddle and Thatcher were a thrown together team replacing another thrown together team. At some point it makes sense to go with a more established pairing and Imperium fits the description. Let them do what they do well, and hopefully that means more of them in the United States against the deeper competition.

Do you like the title change? How long will Imperium hold the titles? Let us know in the comments below. 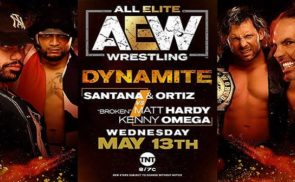