The more things change. There have been a lot of changes taking place in WWE this year and some of them have been in the form of new storylines and characters. Roman Reigns has been at the top of that list, as he has finally turned heel and become one of the best things about WWE in recent months. He is also getting his family on the same page and that could become interesting soon.

One of the more interesting stories over the last few weeks has been that of Roman Reigns vs. Jey Uso. Reigns has defeated his cousin in a pair of pay per view matches, with the latter loss seeing Uso and his brother Jimmy forced to follow Reigns’ orders. This seems to be part of a rumored Reigns’ stable, and now we know a few more details about where things are heading.

According to Wrestlingnews.co, the Usos will be repackaged in a way, including a new theme song and wrestling without shirts in the same vein as reigns. The team is also likely to win the SmackDown Tag Team Titles once Jimmy is healthy, though that is not scheduled to take place until January. The story between Reigns and the Usos is scheduled to continue on for the next few months at least.

They have worked well together. Check out what we have seen so far:

What have you thought of the story? Where do you want to see it go? Let us know in the comments below. 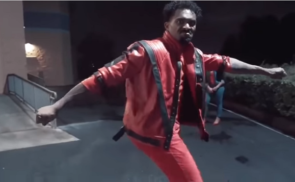