That’s something you don’t see too often. One of the most important parts of a wrestler’s presentation is their gimmick. If you have something that makes you stand out in the right way, it can take you a rather long way. Part of that is doing various things which play into the character, perhaps even having a certain signature thing. That will be on display Monday, in a pretty specific way.

Earlier this month, Elias made his return to WWE after a five month absence due to injury. Elias immediately went after Jeff Hardy, who he blamed for the injury in the first place, by hitting him in the back with a guitar. This set off a feud between the two of them, with Elias defeating Hardy via DQ at Hell In A Cell. Now they are ready for a rematch with a specific set of rules.

WWE has announced that Hardy and Elias will face off in a Guitar On A Pole match on next week’s Monday Night Raw. There is no word on how the rules of the match will work, as pulling the guitar down may or may end the match. This comes after the two of them traded guitar shots to each other on Monday Night Raw, with Hardy also costing Elias his Survivor Series qualifying match.

The two have had an interesting path here. Check out how we got to the match:

Opinion: It does make sense and it’s nice to have something that goes along with the story rather than just picking a stipulation that kind of fits the story if you look at with your head tilted. I’m sure this won’t be it for the two of them but at least they are doing something that follows what they have done before. Now just have a good match and don’t do something ridiculous and we should be fine.

What do you think of the match? Where will they go after this? Let us know in the comments below. 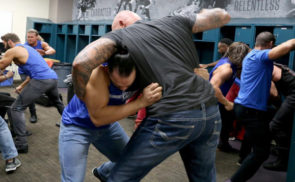 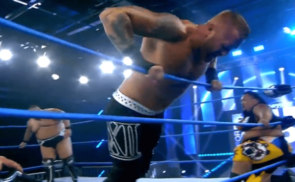 Heath Offers An Injury Update After Bound For Glory Accident