WATCH: The Undertaker vs. Mankind: ‘Buried Alive’ Match From 1996

The first of its kind. WWE has posted a new video to its YouTube channel, in which they show the first-ever Buried Alive match from the “In Your House” event of the same name in 1996.

Unsure of what to expect in such a morbid match, WWE officials did not sanction the bout, clearing them of any responsibility for the mayhem that was sure to occur. Mankind and The Phenom brutalized each other, brawling around Indianapolis’ Market Square Arena, back and forth between the ring and the graveyard. Steel chairs, ring steps, shovels and the concrete arena floor all came into play, as the two rivals used everything in sight to maim each other.

The Undertaker seemed to have the battle wrapped up after a devastating Tombstone. He carried Mankind to the grave until the unstable Superstar locked in his dreaded Mandible Claw. The Phenom recovered from the submission hold before Mankind could crack him with Paul Bearer’s urn. That gave Undertaker the opening to chokeslam Mankind into the grave. The official signaled for the bell as The Deadman began piling dirt on his rival. The Undertaker continued to shovel the grave full of soil until he was attacked from behind by a group of Mankind’s allies, including Triple H and JBL and a new face in WWE, The Executioner.

The evil band of Superstars rescued Mankind from the grave and tossed The Phenom in, ganging up to fill the grave with dirt until thunder boomed throughout the arena. The group scattered as lightning struck the headstone and the gloved hand of The Undertaker shot up from the earth, letting the WWE Universe know that he would not perish.

I remember hearing about this concept as a kid and begging my parents to order the event on pay-per-view. Unfortunately, we didn’t have pay-per-view where I grew up, so we couldn’t get it! It is interesting to think about how the company has evolved over the last 25 years and the types of matches that we are seeing today; however, there is no doubt that this concept was revolutionary for its time.

What did you think of the Buried Alive Match from the “In Your House” event of the same name in 1996? Leave us a comment below, or post a comment on our Facebook page! Also, be sure to sign up for our newsletter! 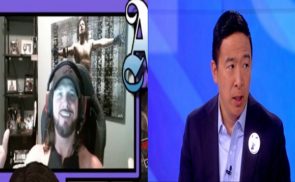 WWE Wrestlers Looking For Outside Help Over New Twitch Policy 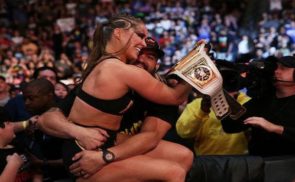