The home away from home? The Coronavirus has changed the way the wrestling world works in all kinds of ways, but one of the biggest has been the lack of promotions being able to tour. For the most part, almost every major wrestling promotion has been in the same area for most of the year, but that might not be the case for one of the bigger companies as 2021 begins.

For most of 2020, AEW has been broadcasting their shows out of Daily’s Place in Jacksonville, Florida. The venue has served the company well, as it is an outdoor arena, allowing for better health protocols and also allowing more fans to be in attendance. You can’t stay there forever though and now AEW is taking a road trip, at least for a few weeks in the near future.

According to Bodyslam.net, AEW is planning to move to an unnamed venue in Miami, Florida in February, including holding their Revolution pay per view. The company will then return back to Jacksonville in March for the foreseeable future. The move is taking place in part because Daily’s Place is rather cold, causing the wrestlers to be uncomfortable in the ring. In addition, it is expected to help boost the wrestlers’ morale.

Opinion: This makes sense as at some point, you have to change things up a bit. Daily’s Place works perfectly well for a venue, but renting out another place for probably less than ten nights in total could be a nice little change of pace for everyone. It isn’t like it’s that big of a change, but the benefits could be strong. Hopefully it helps things out, because AEW has been going rather well as of late.

How ROH Helped Its Roster With The Coronavirus Pandemic 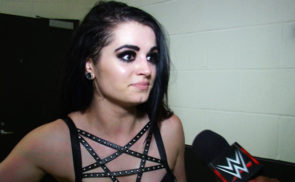