It’s time to find out the new #1 contender as we see the finals of the tournament from a month ago. The finals are down to PCO and Marty Scurll in a battle of Villain Enterprises, even if one of them has not signed a new deal and the winner is pretty obvious. I’m not sure what else to expect but my expectations are not high. Let’s get to it.

We open with a look at the path to the tournament finals.

Clips of Kelly Klein getting the Women’s Title back from Angelina Love, thanks to some help from Maria Manic.

Brian Johnson interrupts a discussion about the tag team division and wants to know why he isn’t getting more attention.

Clips of the Briscoes defending the Tag Team Titles against Luke and PJ Hawx.

Jay Lethal is ready for his semifinals match.

Dalton Castle is ready for his too.

Brian Zane looks at the best finishers in the company with the Lethal Injection topping the list.

The hosts want to know who is funding Shane Taylor Enterprises.

We look at the semifinal matches.

For the sake of completion, here are the tournament brackets to the finals, including all three rounds so far:

They’re both part of the Six Man Tag Team Champions.Before the match, Scurll suggests they wrestle a clean match…and then hits him with the umbrella for two. PCO shrugs it off and hits the standing splash as we take a break. Back with Scurll hitting an enziguri on top and scoring with an Iconoclasm.

They head to the floor with PCO going into the barricade so Scurll can pose a bit. It’s back inside for a chop off but PCO goes with a powerbomb and spear to take over. The chokeslam sets up the Swanton for two more and they head right back to the floor with PCO setting up a table. Scurll gets off of it before PCO can dive and sends PCO through it instead.

We take another break and come back with PCO hitting a powerslam but the referee was bumped. Cue Brody King for a Boss Man Slam on PCO to give Scurll two. Scurll hits PCO by mistake though and walks into a sidewalk slam for two. The PCOsault is broken up and the ref gets bumped again, but it’s Flip Gordon to kick PCO down. A belt shot gives Scurll two so PCO flip dives onto King and Gordon. The PCOsault connects for two but the Cannonball to the apron misses. Well not the apron but Scurll at least. PCO is fine enough to hit a clothesline and the PCOsault for the pin and the title shot at 14:33. 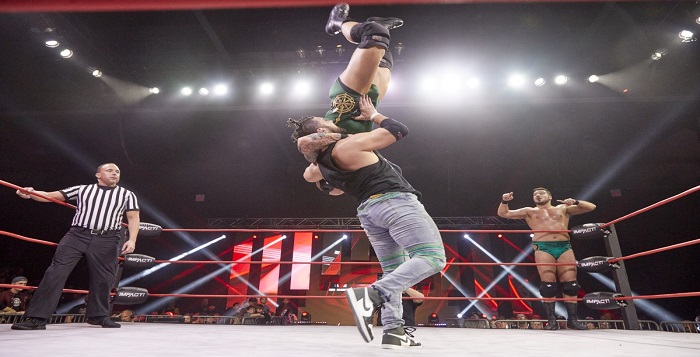 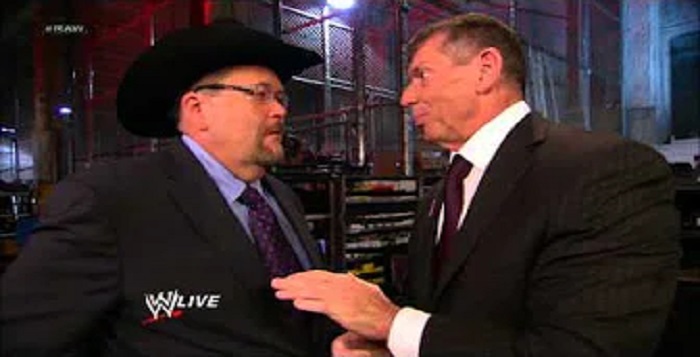 Only Vince! Jim Ross Explains What Vince McMahon Sees As “An Enemy” (This Is A Weird One)