It helps to have supporters. There are a lot of people with some form of authority in WWE. Some of them are over the entire company, but there are a pair who are in charge of individual shows. One of them is Paul Heyman, the Executive Director of Monday Night Raw. He is in charge of the show, and that means an endorsement from him can go a long way. That is the case all over again.

Heyman has a history of picking out talented performers who have flown under the radar and getting something else out of them. That has made him one of the more valuable minds in wrestling for a long time now and there is a good chance that he can continue to do the same thing for a good while to come. Heyman already has his eye on a new current talent.

The Wrestling Observer Newsletter is reporting that Heyman is a big fan of Akira Tozawa and is interested in pushing him on the show. Heyman has booked Tozawa on the show the last four weeks in a row, though Tozawa has not won any of his matches. Tozawa has however won his first two matches in the interim Cruiserweight Title tournament, with both matches taking place on NXT.

Tozawa has been around as of late. Check out his handiwork:

Opinion: I’ve always liked Tozawa so it’s nice to see him getting some attention like this. I have no idea how far he can go but he has done some nice things in WWE so far. If nothing else, seeing him get back into the Cruiserweight Title picture is better than nothing. He hasn’t exactly set the world on fire on Monday Night Raw so far, but maybe that can change in the coming weeks.

What do you think of Tozawa? How far can he go on Monday Night Raw? Let us know in the comments below. 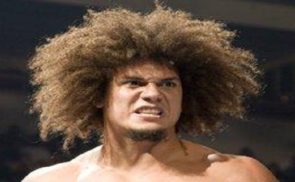