This doesn’t sound good. Despite their incredibly huge personalities, wrestlers are people as well and that is the kind of thing that can cause a lot of problems. Sometimes wrestlers are going to get in some legal trouble and that could be a lot worse in some cases. As it turns out, one famous wrestler and other members of his family might be in some major trouble.

There are few wrestlers in history as successful as Ted DiBiase. He was one of the best heels of the 1980s, if not all time. His Million Dollar Man character was someone who could be as evil as possible and the fact that his in-ring abilities were right up there with the best of them made it even better. DiBiase has some amazing talents, but that doesn’t make him perfect by any stretch. He might be in quite the situation.

According to 411mania.com, Ted DiBiase and his sons Ted Jr. and Brett, both of whom wrestled for WWE, have all been named in the audit of the Mississippi Department of Human Services. The investigation is questioning the usage of $94 million in welfare grants sent to non-profit groups who gave money to people or other groups in exchange for no work or without helping people in need.

Brett worked for the Department of Human Services and was named in an indictment in February. After he was hired, Ted Sr.’s Heart of David Ministries received $2.1 million and Ted Jr. was hired to teach human services classes. Only Brett has been indicted and there is no word on what penalties he could face. None of the three have commented on the situation as of yet.

The family does have a history with money. Check out some of Ted Sr.’s classics:

Opinion: I’m not sure what to make of this but it is the kind of situation where the best move is to wait and see where things go. Maybe things will be cleared up or it will turn out that the family are not guilty, but it is too early to say what has happened. This sounds like a complicated situation and it is not fair to find people guilty before they have the chance to defend themselves.

How good was Ted Sr.? How good could his sons have been? Let us know in the comments below. 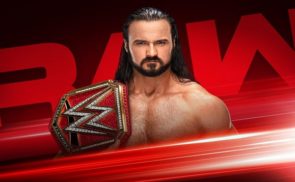 KB’s Review: Work It Out