Nice to see you again. Wrestling is a revolving door on an almost weekly basis as you never know where you are going to see one wrestler pop up or leave at any given time. Sometimes this changes faster than on other occasions but it can be quite exciting to see someone pop up after a long absence. That was almost the case this week when a familiar name made a return.

WrestleMania 36 was a unique show for a lot of reasons. While you are going to know about a lot of the bigger reasons, there are other reasons you might not have thought of. One of the more unique moments saw the inclusion of an NXT Women’s Title match on the show, launching NXT to an even bigger level than before. Things changed a bit after that though, but now it might be back to normal.

Rhea Ripley made her return to NXT this week, marking her first appearance since she lost the title to Charlotte at WrestleMania 36. Ripley appeared to save Io Shirai after she had defeated Charlotte via DQ in a Women’s Title match. Charlotte continued attacking Shirai after the match, drawing Ripley out for the save. Shirai and Ripley brawled backstage after the match was over.

It was a big moment. Check out the match and the fallout:

Opinion: This is something that had to happen at some point as Ripley is one of the brighter NXT stars in recent memory. It makes sense to have her back and going after the title, as Charlotte having to beat her again is quite the challenge. Throw in a #1 contenders match against Shirai on the way there and they could have a rather nice two month story out of the whole thing.

What do you expect Ripley to do? Will she win the title again? Let us know in the comments below. 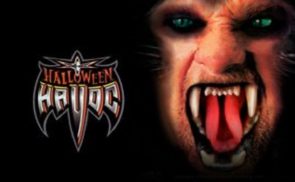 REVIEW: Halloween Havoc 1999: The Zaniness Is Upon Us