It’s time for a big fight and that means no turnbuckles this time around. The main event for this week is Eddie Dennis vs. Trent Seven in a match with all of the turnbuckles exposed after Dennis cheated to win at Takeover. Other than that, we continue the build towards…well I’m not sure actually as it could be a long time before the next Takeover. Let’s get to it.

Piper drives her into the corner to start but Luna drives her right back thanks to a powerlifting background. That earns her a cobra clutch but Luna is out with a kick to the face. Luna can’t slam her though, allowing Piper to slam her down instead. A seated crossbody sets up a chinlock but Luna fights up and dropkicks the knee. The real power display sees Luna get her up in a fireman’s carry but can’t do anything with it. Instead, Niven slips out and grabs the Michinoku driver for the pin at 4:33.

Jordan Devlin is very proud with his new title and now he’s proven his greatness.

Mentee vs. mentor. The fans start singing to Tyler as A-Kid takes him down with a waistlock. That’s broken up in a hurry and we have an early standoff. Bate headlocks him down but A-Kid reverses into a headlock. Back up and A-Kid scores with a northern lights suplex but Bate is right back with a suplex of his own. The running shooting star press is countered into a triangle choke so Bate muscles him up into the airplane spin. That’s broken up as well and A-Kid throws him to the floor for a moonsault from the top. Back in and Bate hits the rebound clothesline and the Tyler Driver 97 for the quick pin at 5:52.

Post match respect is shown but here’s Joseph Conners to say Bate can come find him when he wants to fight a man instead of a boy.

We look back at last week’s main event, capped off by Dave Mastiff and Walter staring each other down.

Smith shoulders Howley down to start and gets two off a stalling suplex. Carter sunset flips in for two and it’s off to Stoker, who gets beaten up as well. It’s already back to Smith, who beats up both of them at once, including a backdrop to Howley. Stoker offers a distraction though and Howley gets in a cheap shot to take over on Smith.

That means the heels can start the tandem offense, setting up a seated abdominal stretch to keep Smith in trouble. A backdrop puts Howley on the floor again and the hot tag brings in Carter to clean house. Stoker intentionally low bridges Howley to the floor to get him out of trouble but Carter beats them both up again. A One Winged Angel into a backbreaker finishes Stoker at 5:45.

Post match Pretty Deadly jumps Smith so Carter can make a save.

Ilja Dragunov beat up a tire earlier this week but makes it clear that he’s ready for Joe Coffey.

Here’s Kay Lee Ray for a chat. She says she’s never giving this title up but we pause for a Toni Storm chant. Ray talks about how she has all of the power and respect and there is nothing Storm can do about it. Cue Storm to say Ray stole the win at Takeover and the title belongs to her. Ray issues another challenge: they can have an I Quit match, but when Storm loses, she’s done getting title shots. Storm can think about it.

Another whip into the barricade has Seven in trouble and now the Severn Bridge over the barricade and onto the steps gets two. That’s only good for two so Seven tries to whip him into the corner, but Eddie is smart enough to drop to the floor and avoid the steal. They go back into the crowd with Seven being sent over to the commentary area.

The Severn Bridge is broken up again and it’s a Birminghammer off the announcers’ table onto another table and they’re both rather down (with Dennis apparently injuring his shoulder in the process). They would have been better off having this as a falls count anywhere match so that could have been the finish.

Dennis is sent back to ringside but Trent misses a corkscrew dive off the barricade. They pull themselves to the apron and it’s Seven going into the buckle first. The Next Stop Driver is blocked and Eddie is whipped into the corner, setting up the second Birminghammer for the pin at 11:25.

A different kind of fight: 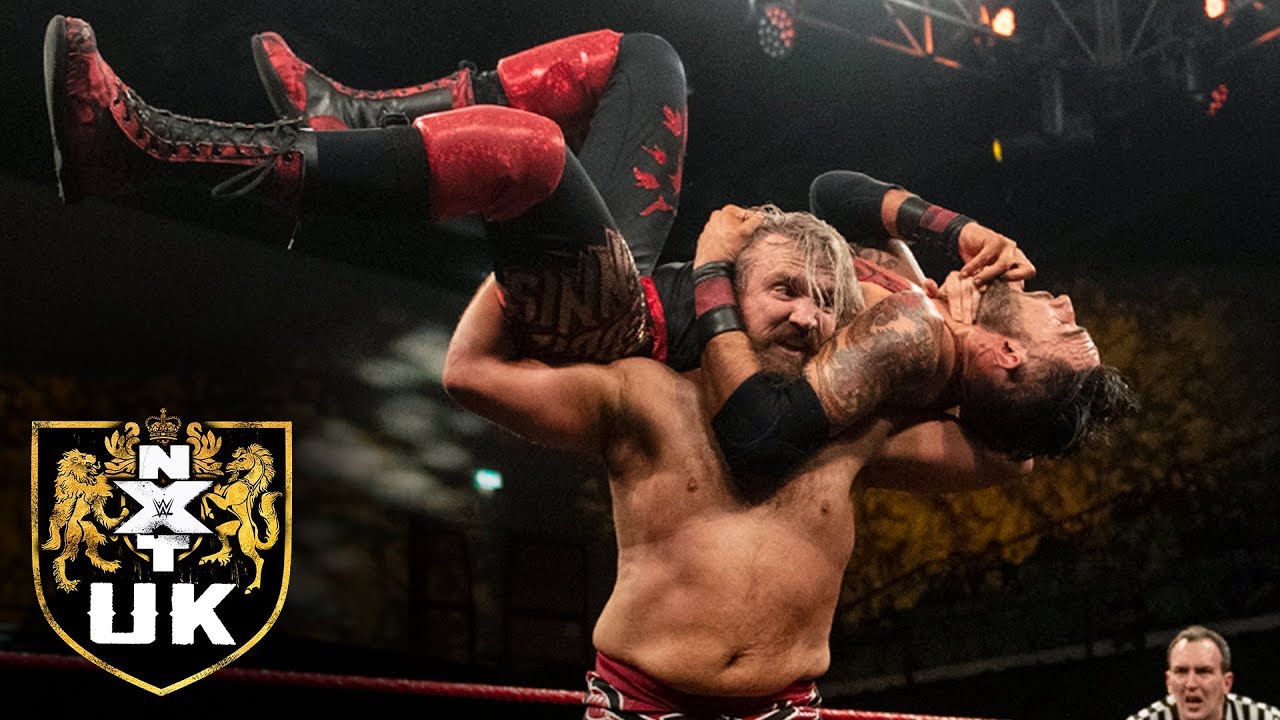