That’s a big target for Triple H. Whether you like them or not, WWE is the biggest and most successful wrestling promotion in the world. The company is spreading around the world and is now trying its hand at going with international promotions. NXT UK has been around for over a year now and there have been talks of NXTs sprouting up around the world. That requires talent from those areas and WWE has someone in their sights.

You’ll often hear discussions about who is the top wrestler in the world and a lot of the same names will come up most of the time. One of the most common names is Kazuchika Okada, the ace of New Japan Pro Wrestling and one of the most naturally talented wrestlers to come around in decades. He has won everything there is to win in New Japan, so what is he supposed to do now?

According to Pro Wrestling Extra, WWE COO Triple H is reportedly “obsessed” with signing Okada to a WWE contract when his New Japan contract expires. At the moment it is not clear when Okada’s current deal expires or if he would be interested in coming to WWE. Okada has wrestled in America before, appearing in Impact Wrestling in 2010-2011, though the run with the company did not go well, to the point that the two companies stopped working together.

Per a source, Triple H has made it his "personal mission" to sign NJPW's Kazuchika Okada when his current contract is up.

Triple H is said to follow Okada's work closely and has shown it to others in the company.https://t.co/2Pu8XV7c49https://t.co/h0ckZvEHrh#NJPW #WWE

Okada is great. Check out some of his work, in case you somehow haven’t seen it: 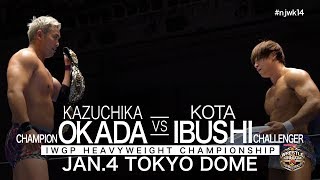 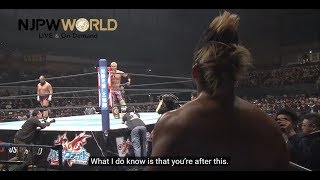 Opinion: I’m not sure if I can imagine this actually happening and that might be best for Okada. I know that WWE is smart enough to not go as insane with him as Impact Wrestling did, but it is not going to be the same Okada that we see in New Japan. Maybe we would see something close, but that is not likely to be the case. At the same time though, what else is there for him to accomplish after such a decorated career in New Japan? Maybe he’ll want some new challenges, which would certainly be great for WWE.

Do you think Okada will sign with WWE? Do you want him to? Let us know in the comments below. 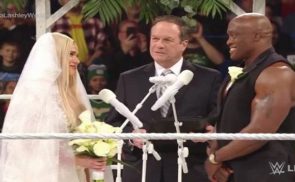