Why NXT Is Not Joining The Thunder Dome

You don’t mess with family. WWE television has not been doing well in recent months and they are running out of ways to make things better. A lot of the trouble can be blamed on the atmosphere of the Performance Center, which has hosted most of their television shows since March thanks to the Coronavirus pandemic. Things are changing up later this week, but it won’t be for everyone involved.

While Monday Night Raw, SmackDown and WWE pay per views are moving from the Performance Center and into whatever the Thunder Dome at the Amway Center is going to be, NXT is not moving an inch. They will be staying at Full Sail University, where they have been almost entirely for their modern history. That might seem a little strange, but there is a good reason for the lack of a change.

Full Sail has been good to NXT. Check out some of their highlights from the venue:

Opinion: That makes a lot of sense, as NXT leaving Full Sail for now might keep them from coming back later. What makes NXT look more loyal to Full Sail than sticking around when they have the chance to go somewhere bigger? There is no telling what else Full Sail might be able to do for WWE should the Amway Center fall through. NXT works better in the smaller atmosphere as well so maybe this is the best thing that they can do.

What do you think of Full Sail? How long should NXT stay there? Let us know in the comments below. 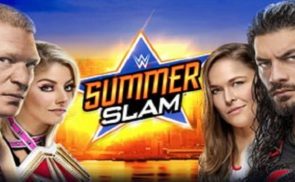 REVIEW: Summerslam 2018: This Time For Sure