The Jill of all trades. Every now and then, you find someone in wrestling who can do all kinds of things and make it look easy. People like that are incredibly valuable and the kind of person who should be given every chance they have because they really are that good at their job. You don’t get too many chances like that and one of WWE’s best examples is leaving the company.

Women do not have the best history in wrestling but that is changing in a hurry. Since July 2015, the Women’s Revolution has changed the way women are presented in wrestling, but there are some women who have been receiving better treatment even before then. This includes outside of the ring, where one woman did a few things that had never been done before and did it pretty well. Her time with the company is coming to an end.

According to PWInsider.com, Renee Young is leaving WWE, though it is not clear when she will be finishing up. Young has been with WWE since 2012 and spent most of her career as a backstage interviewer before moving to the broadcast team in August 2018. The move made her the first woman to serve as a full time commentator on a major WWE show. She then moved to FOX Sports 1 to host WWE Backstage, which has since been canceled. There is no word on where Young will be going next or why she decided to leave, but there is nothing to indicate heat between the two sides.

Young was a big deal. Check out some of her highlights:

Opinion: I’ve always liked Young and I’m sure I’m not alone in that. She was a great choice for WWE as she has all of the charm and charisma that you could ask for in a backstage interviewer. It takes someone special to break into the commentary booth full time and Young was put there for a reason. Hopefully she gets to do whatever she wants next because she is good enough to have deserved it.

What did you think of Young’s time in WWE? Where should she go next? Let us know in the comments below. 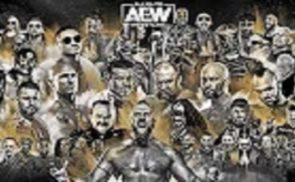