I love wrestling history. It’s rare that I don’t spend at least some time every day reading up on it or listening to a podcast or doing something to learn more about it. There are all kinds of stories out there and it is impossible to learn everything there is to know about the industry. The legends of wrestling are legends for a reason and they deserve their praise. That being said, there is a limit to how much attention they should be getting on modern television (as is the case with anyone) and in one case, it has gone way, way too far and it is becoming an issue.

In the history of wrestling, there are very few names on the same level as Ric Flair. He has held more World Titles than anyone in history (to the point where it is next to impossible to get an accurate count) and has had more classic matches than he knows what to do with. His promos in the 80s are absolutely hysterical and he was the leader of probably the greatest faction of all time. Flair is absolutely a legend and should be praised for being one. The problem is that the praise never seems to stop.

Flair retired from in-ring competition in WWE in March 2008 when he lost to Shawn Michaels at WrestleMania 24 in Orlando, Florida. That was over twelve years ago and while he would go on to have some more (rather sad) matches in TNA, his in-ring career in WWE was over a long time ago. Since then, Flair has been the focus of several WWE stories, most of which involve him getting beaten up to trigger an emotional response from the fans. That’s where the problems begin to start.

Flair is great on a different level:

The big story on Monday Night Raw at the moment is Randy Orton running amuck (he tends to do that). He is Punting people in the head every chance he has and is ready to challenge Drew McIntyre for the Raw World Title at Summerslam. That’s a good enough story on its own, but there is more to it than that, which is where things start to go downhill in a big hurry.

Last week on Monday Night Raw, Orton Punted Flair in the head, seemingly writing him off TV again. Flair had been mentoring Orton and had a long history with him, making the moment all the more impactful. That made for an emotional moment, with McIntyre chasing after Orton and shouting EVEN HIM in regards to Orton attacking Flair too. The next week, Shawn Michaels came out to address Orton and was attacked as well, sending the match on to Summerslam.

So yes, somehow, after all of these years and only about thirty five years after he was starting to talk about retiring, we are seeing a major story about Flair. I know he has a bunch of fans, but at what point is it time to move on to someone else? Right now, you are hearing a bunch of fans talking about AEW winning over NXT in the 18-49 demographics. Could something like the big Flair story have something to do with it? WWE keeps wanting to appeal to younger viewers with stuff like Raw Underground, but then hold on because we need to get to the important stuff with people like Flair.

The show’s main selling point of this week’s Monday Night Raw was a 55 year old man who retired 10 years ago coming to the defense of a 71 year old man who was talking about retiring 35 years ago. If WWE wants to draw in younger viewers, maybe it should focus on someone whose prime was back in the 1990s/2000s. Flair is a legend, but enough with making major stories about him. Put Shawn in that same spot and the age level goes WAY down, which is a very good thing.

Consider it this way: if you’re 30 years old, your memories of Flair are going to be from the 90s, when he was in his mid to late 40s. You have to be at least 40 to remember Flair’s heyday and all these things that make him the revered person that everyone talks about these days. Swap in Shawn and that 40/30 drops down to 30/20. Think that might help draw in a slightly younger fan base?

Then there was the speech that Michaels gave about Flair. During his rather quick promo, Michaels said that a long list of wrestlers would not have had careers if not for Flair. That’s a stretch in and of itself, especially given some of WWE’s own self produced DVDs where people on Michaels’ list, like Edge and Christian, talk about being huge fans of Hulk Hogan and the Ultimate Warrior. I’m sure Flair inspired a lot of wrestlers both today and of years past, but come on already.

But Michaels wasn’t done, as he brought up the thirty one days that Flair was in intensive care when he had his horrible health ordeal a few years back. This was the same thing that Flair mentioned during his promo with Orton the previous week, including the twelve days that he was in a coma. Michaels said that they were the most horrible days of Flair’s life and probably the hardest days of all of our lives. I don’t know about you, but I’m not sure how much I thought about Flair while he was in the hospital. I was hoping that he would get out and be healthy again, but it wasn’t quite the big deal that WWE seems to think that it was.

It’s the whole problem with WWE’s treatment of Flair: Yes Flair is a legend, but WWE treats him like the biggest star ever and the combined force of Steve Austin, the Rock, Hulk Hogan, Bruno Sammartino and Santa Claus all rolled into one and cranked up by a thousand. Oh and your favorite uncle crossed with your grandfather and childhood hero at the same time.

I’m sure that Flair means the world to both Michaels and Triple H and the other people who run the company. The problem is that they think it’s the same way all of the other fans think about him. How many younger fans of today even remember who Flair is? To a lot of them, Flair is the old guy who keeps hanging around while they want to see someone else who can still get in the ring. Yes he’s a legend to a bunch of fans who have been watching for decades, but to the people who are under say…twenty? He’s a blond Jerry Lawler who doesn’t do commentary.

To sound a bit whiny here, why does it always have to be Flair? You’ll see people like Bret Hart and Michaels coming in or the occasional other legend, but Flair is out there almost every year, always in some big moment (often with Charlotte, who is also treated as the greatest thing who ever lived) and always doing something emotional. WWE hypes up their history and legends all the time and yet we can’t get anyone else? There are people who can be put into this spot and tell almost the exact same story, or at least one close enough that Flair isn’t required.

He was pretty great too:

No sane wrestling fan is going to argue that Flair is an incredible talker and one of the biggest stars ever. He is great in the role he is placed in most of the time, but he is in those roles far too often. WWE wants to appeal to younger fans and their method of doing this seems to be sitting them down and telling them that none of the wrestlers they like or want to see matter, because they need to care about Flair. That’s all well and good for them, but contrary to what WWE thinks, being fair to Flair isn’t quite fair to us. 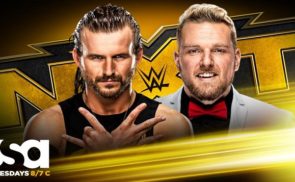 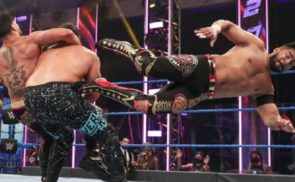