Things got turned around in a big way last week with the premiere of Wrestle House, which became the major focal point of the show. That may or may not be to your liking, but there were enough good moments that made me willing to try another show built around it. Other than that, we have the continuing adventured of Eddie Edwards as World Champion. Let’s get to it.

Moose is defending. Moose powers him into the corner to start but Heath comes out slugging away. They head outside as Josh hypes up Heath’s WWE career, though he doesn’t think much of the 24/7 Title.  Heath fights back on the floor and sends Moose into the barricade before taking it inside again. A hot shot drops Heath again and the choking begins.

Heath gets in a few right hands until Moose dropkicks his head off for two. There’s a pump kick to Moose and more right hands but Heath blocks a kick to the face. The comeback is on with some forearms and a side kick for two. No Jackhammer Needed only hits the buckle but the ref gets bumped. The Wake Up Call (Zig Zag) connects but Heath has to check on the referee. That means a low blow into a rollup with tights can finish Heath at 8:55.

Willie Mack doesn’t like what Eric Young did to Rich Swann and doesn’t know what Rich’s big announcement is tonight. He’ll be there for Rich though.

EC3 talks about being punished by everyone from his employers to himself and now he needs to reset things. He’s coming for the TNA World Title so he can burn it to the ground.

Jimmy Jacobs brings out the Motor City Machine Guns for a chat. Shelley talks about the effort that they have put in over the years, but now they are back to show they can do it again. That includes Sabin coming back after his third torn ACL. The two of them were training to get Sabin back in the ring and then they realized that they still had the magic in the ring. They talk about the current teams in the company including the North, who come out to cut them off.

Alexander isn’t happy with the Guns getting this chance to tell their story after the North had more than a year as champions but never got that opportunity. Page freaks out over the idea that the Guns beat them, because the Guns didn’t beat the real North. The Guns laugh it off because the North sounds like they were going to die as champions. They’ll give them their rematch right now, but the North would rather wait for Emergence.

Kimber Lee comes in to see Deonna Purrazzo after seeing Jordynne Grace take Purrazzo out. Lee offers to take care of Grace for a shot at the title. Deal.

And now, Wrestle House, complete with intro sequence. Taya Valkyrie has everyone come into the living room and says it’s time to deal with the hygiene issues, including the horrible BO around here. Johnny Swinger: “Bob Orton is here? Sweet!” That’s not what Taya has in mind, and hands out some personal grooming kits.

Kylie Rae wants to know when they are getting back to the Impact Zone because she is #1 contender. That goes nowhere so Alisha Edwards teaches Rosemary how to seduce a man. Swinger says he isn’t hard to get, but Alisha says not only is she married, but Swinger couldn’t handle her. Swinger knows he can handle both of them. Cue Tommy Dreamer and it’s MATCH TIME!

Cody Deaner is referee and Alisha shouts that she is intense. Swinger hits the double bicep pose and asks if they have ever seen a set like these. That earns him a double legsweep, but he thought he was supposed to sweep them off their feet. Now Swinger wants to hook up so the beatdown is on, including another double legsweep. The women make a wish (Swinger: “Stretch me! Like Sherri Martel!”) and Swinger doesn’t seem pleased. A double splash finishes Swinger at 1:48.

Back in the house, Kylie Rae introduces herself to John E. Bravo (again). Kylie was talking to Rosemary and heard that they can’t leave until Bravo, ahem, takes the hint. Bravo will do that when he is ready, but Kylie seems impatient.

The Good Brothers find their car door open and their beers poured out. Cops come up and say that looks like an open container in the car. Ace Austin and Madman Fulton comes up to laugh so Gallows grabs him by the throat. Gallows is arrested.

Eddie is defending….or at least he would be if Rob Van Dam didn’t jump Sami on the stage as Katie Forbes bounces. Sami gets up and heads to the ring anyway, where he slaps Eddie to say he’s ready to go. Eddie hits a tiger driver in the first five seconds for a near fall and drops some knees to the head. Josh goes over the history between these two and asks if Madison had a rival like this. Madison: “Probably.”

Sami sends him outside for a hard suicide dive into the barricade and sends Eddie back inside. That’s fine with Eddie, who hits his own suicide dive. They go to the apron with Sami raking the eyes and hitting a quick piledriver, only to realize that he has to throw Eddie back inside. Sami sends him into the barricade instead of into the ring, setting up the running chop. Back in and Sami gets two off a running elbow and we hit the chinlock. Eddie fights up and hits a clothesline and they’re both down again.

Some chops in the corner set up Eddie’s Blue Thunder Bomb for two but Sami is right back up with a brainbuster for the same. Sami’s running forearm gets two more so Eddie forearms him right back. The tiger driver gets two on Sami, who pops back up with a piledriver for two with Eddie’s foot making the rope. Sami grabs a chair for some illogical reason but walks into the Boston Knee Party. Another into the back of the head retains the title at 11:54.

Back to Wrestle House, where Bravo walks away from a distressed Kylie. Taya and Rosemary ask Kylie where he went but Bravo has left. Match time!

Taya is referee and distracts Kylie so Rosemary can jump her. Someone at ringside: “RING PSYCHOLOGY!” Kylie reverses into a headlock, which is reversed into a headscissors. Rosemary’s legs are tied up and she can’t slap Kylie, causing her to ask what sorcery is this. Rosemary insists that Kylie is a liar and tries to jump her but has to settle with sending Kylie face first into the mat instead.

A missed charge in the corner lets Kylie hit an uppercut and Taya counts a very slow two. Back up and Rosemary hits a spear for a rather fast two. Some of the other wrestlers cheer for Rosemary though, allowing Kylie to hit a superkick for the very slow three at 4:26, much to Taya’s annoyance.

Post match Bravo checks on Rosemary while Kylie celebrates. Bravo knows what is going on and likes Rosemary a lot, with Rosemary suggesting that Taya doesn’t have to know everything. Taya comes over to yell at Bravo and sends him away. Rosemary: “As long as it takes.”

Back in the arena, Anderson is trying to get Gallows out of jail. Ace Austin comes up and gets popped in the jaw, so here’s Madman Fulton to jump Anderson from behind.

Hernandez recruits Reno Scum to get his money back from Rhino.

TJP takes Bey down by the arm to start and they fight over wrist control, as so many people do these days. Back up and they run the ropes, with TJP grabbing the ropes to annoy Bey. It’s off to Raju, but not before Bey gets taken down by the arm. Bahh comes in and cleans house as we take a break.

We come back with Raju breaking up a double splash and Bey taking TJP down for two. Raju’s low superkick gets two on TJP and there’s a running knee to the face for the same. Bey grabs the double arm kick but TJP kicks his way to freedom. A tornado DDT plants Bey and the hot tag brings in Bahh to clean house. Raju knees Bahh in the face and everything breaks down. TJP suplexes Bey down a few times but Bahh is sent outside. Bey loads up a springboard cutter but gets pulled into TJP’s cross armbreaker for the tap at 10:49.

Preview for next week.

Here’s Rich Swann on crutches for a major announcement. Swann talks about how far he came through hard work and dedication. He became a professional wrestler and proved the doubters wrong. Then in January, he destroyed his ankle and leg and was told to expect a limp for the rest of his life. That meant no more wrestling so he worked as hard as he could to get back here. He started getting better and was given a clean bill of health so he was back at Slammiversary.

That’s where he pinned Eric Young and was ready to face Eddie Edwards and Ace Austin to win the title. Then Young got jealous and stomped his leg with a steel chair. Now he’s back where he was seven months ago and the doctor said it’s different. If Swann gets back in the ring, he won’t live a normal life. Swann has to think about his family and therefore, he has to retire. He thanks everyone and hopes he has made a positive impact.

Cue the locker room to surround the ring and slap the mat in Swann’s honor. The Rascalz hold the ropes open for him and help him get to the floor. Swann gets to the stage….and here’s Young to take the crutch and hit him in the leg again. Everyone chases Young off to end the show. 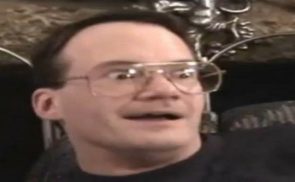 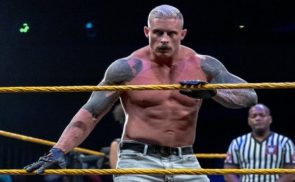