You’ll have to wait a bit. With so many names on the WWE roster and so many changes taking place at the same time, it would make sense for WWE to want to keep shaking things up when it comes to how the wrestlers are organized. NXT UK is already about to be scrapped entirely so there are now even fewer places for some of the wrestlers to go. However, those changes might not be coming as soon as expected.

Earlier this month, a report suggested that WWE would be holding its annual Draft soon after Clash At The Castle on September 3. According to a new report from Fightful Select, USA Network officials have told wrestlers that the Draft will not be happening anytime soon. The time around WrestleMania, in early April, is seen as a more likely time for the Draft but nothing has been made official. WWE has not made any announcement about the Draft, which has been in October for the last three years.

Opinion: I’m a bit surprised that the Draft won’t be happening but maybe WWE would rather wait until they weren’t in such a state of flux. At the same time, with wrestlers regularly appearing on both Monday Night Raw and SmackDown, the Draft does not seem to be that necessary at the moment. Maybe something changes in the near future, but I could see waiting on the Draft given the current circumstances.

What do you want from the Draft? When would you like it to take place? Let us know in the comments below. 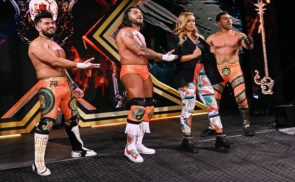