That’s a red flag. The Coronavirus is causing all kinds of changes to the world, including the worlds of sports and entertainment. That is the perfect intersection for professional wrestling, and as luck would have it, we are coming up on the biggest wrestling event of the year. The situation could cause a ton of issues for WrestleMania, even down to canceling the show outright. Now though, a national rule is going to make a big change no matter what else happens.

One of the biggest problems with the virus is people becoming infected and moving from one country to another. It causes the virus to spread in a hurry and then an entire country can be exposed in a hurry. That can cause a lot of issues worldwide, but a new measure is being made to try and curtail the spread, though it is going to have a rather negative consequence on WWE fans.

On Wednesday night, United States President Donald Trump announced that residents from twenty six European countries will not be allowed to fly to the United States for a period of thirty days. The ban begins on Friday March 13, meaning that the ban will still be in place during WrestleMania 36 on April 5. At the moment, WrestleMania is still scheduled to take place, though that could change before the show’s date.

Trump has been involved with WWE before. Check out what he has done there:

Opinion: The more and more I think about it, the less likely WrestleMania taking place seems likely. There are only so many things that the show can survive and with everything else going on, I’m really not sure if that’s what we’re going to be seeing. Maybe they can come up with something else to deal with the situation, but it’s going to be a rather interesting process on the way to Tampa (whenever we get there).

What do you think will happen with WrestleMania? When will it take place? Let us know in the comments below. 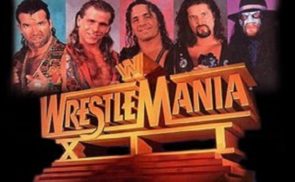