Don’t I know you? There are a lot of ways to introduce a wrestler and some of them are more interesting than others. One of the problems is that there are not very many ideas that have not been done yet and that can create a problem. It is rare to see something unique these days, though WWE might have come fairly close this week with a face you might remember.

This week on Monday Night Raw, Kevin Owens was interrupted by Ezekiel, who was formerly known as Elias. However, Ezekiel claimed to be Elias’ younger brother and had shaved his beard. Owens insisted that Ezekiel was Elias but left after threatening to start a fight. This is Elias/Ezekiel’s first appearance since August, as WWE had been attempting to come up with something new for him.

Opinion: That’s a new one on me and that is a good thing. In addition to having Ezekiel around, it is nice to do something other than just going with the same idea. I’m sure the real identity will be revealed eventually, but it is certainly a different twist. I can go for that for a change, as just having him come back out as Elias, with or without the beard, would have been a bit dull.

What did you think of the return? How will the new character go? Let us know in the comments below. 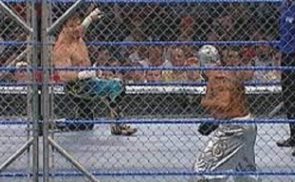