WATCH: A Special Look Back At Triple H’s Career

He deserves it. There are a lot of wrestlers in the WWE’s long history but some of them have reached levels that others cannot approach. It means a lot when you see one of those wrestlers hang up their boots for good, as it means there will not be any new memories of them in the future. It also gives you a chance to look back at the things they did, and that is what WWE is doing again.

Night Two of WrestleMania 38 opened with Triple H leaving his boots in the ring, signaling that he is retiring from wrestling. This comes after he suffered a heart issue in August of last year, leaving him unable to ever wrestle again. WWE has posted several videos on Triple H’s career over the years and it seemed to be a good time to look back at some of the better ones, including these two.

He’s that good. Check out some of WWE’s looks back at Triple H: 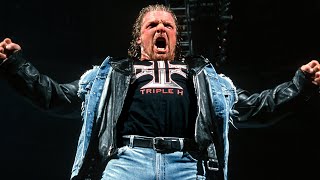 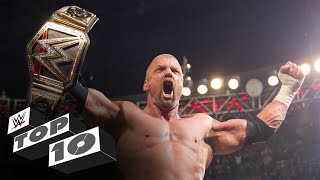 Opinion: It really is kind of amazing to see just how much Triple H has done in WWE, as there are very few who have been able to stay around as long as he did. Ignoring his backstage and family connections, Triple H is one of the best and most successful in-ring competitors that WWE has ever had and it is nice to look back on some of the things he has done over his illustrious career.

What is your favorite Triple H moment? What is his best match? Let us know in the comments below. 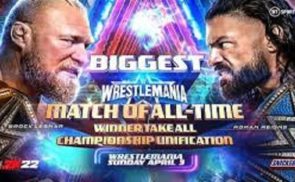 REVIEW: WrestleMania XXXVIII Night Two: They Did This Before