That would have been different. The Royal Rumble has come and gone for the year and that makes for some very interesting possibilities. We now know what is likely to happen when it comes to some of the World Title matches at WrestleMania 38, as there are two brand new #1 contenders set. That being said, there is still time to change things up, and there was almost a very different result for one of the matches.

According to PWInsider.com, the original plan for the men’s Royal Rumble would have seen Riddle winning rather than Brock Lesnar, who entered the match at #30 and won the match instead. Riddle was in the match as well, entering the match at #20 and lasting about twenty minutes with two eliminations before being eliminated by Lesnar. There was also a discussion of Riddle’s partner Randy Orton winning the match in his hometown, which would have tied Orton for the most Royal Rumble wins of all time. There is no word on what caused WWE to decide on Lesnar winning.

Opinion: This is one of those things that does sound rather interesting and it is kind of disappointing that it didn’t happen. Riddle is someone who could have gotten a huge rub out of the win, while Lesnar has been in the main event scene for years now. Lesnar even had a match set up just by being cheated out of the WWE Title earlier in the night. Why not try something like this, just to see what else can happen?

What do you think of the original plan? Would it have been better than what we have? Let us know in the comments below. 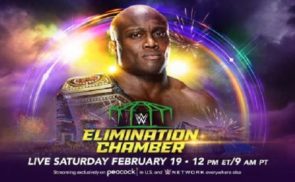