Maybe next year. WrestleMania is the most important wrestling event of the year and WWE knows what they have with it. The company goes out of its way to turn the event into a grand spectacle and that means bringing in everyone they can to add to the show’s star power. Some of these moves work better than others, but there are times where someone just is not available. That will be the case again this year.

This year’s Royal Rumble featured a surprise appearance by music superstar Bad Bunny, who entered the men’s Royal Rumble match. Bunny went on to eliminate two wrestlers before being tossed out by Brock Lesnar. According to PWInsider.com, this is not leading to a WrestleMania appearance, as Bunny will be performing in Miami, Florida during both nights of WrestleMania.

Bunny is a lifelong wrestling fan and performed his song about WWE Hall of Famer Booker T. last year at the 2021 Royal Rumble. The appearance led to an angle between Bunny and Damian Priest against Miz and John Morrison, with Bunny and Priest defeating them at WrestleMania 37. Bunny is said to be open to a return at any point WWE has something for him, as he sees wrestling as an honor.

Opinion: Bunny is a case where I am not personally a fan of his music, but everything about him seems to suggest that he absolutely loves WWE and wants to be part of it. There have been no reports of him being anything less than completely respectful of the business and if that is the case, I’m all for him bringing any star power he can to the company. It’s cool to see him getting to live his dream and if WWE benefits from it as well, good for them.

What do you think of Bunny’s time in WWE? Who is your favorite wrestling celebrity? Let us know in the comments below.

Update on Finn Balor, Reason For Not Appearing In The Royal Rumble 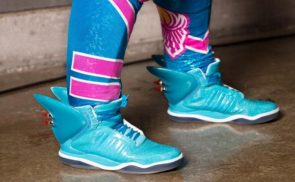