Welcome back. There have been a lot of wrestlers in WWE over the years and some of them have been a lot more famous than others. WWE knows how to present their legends as big stars, allowing them to have quite the lengthy careers, both in the ring and after their time in the ring is over. That can make for some great returns, and now we might be seeing another one.

During a recent edition of the Kurt Angle Show, WWE Hall of Famer Kurt Angle revealed that he will be returning to WWE television for “the next month or so”. There is no word on when Angle will be making his return or what he will be doing. Angle was reportedly brought in for Royal Rumble weekend but did not make an on-camera appearance. There is however a chance that he filmed something for a later premiere.

Opinion: This is something that could work out well, though I do not need to see Angle get back in the ring. Ultimately, he finally got out of the ring and it was a good bit late, as he did not look anywhere close to his former self in the last matches of his career. Hopefully he is just around for some talking rather than wrestling, but you never can tell what you are going to see Angle do.

What do you think of Angle? What do you want to see him do in WWE? Let us know in the comments below. 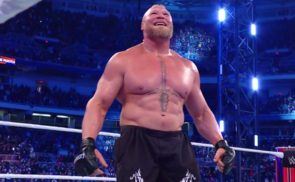 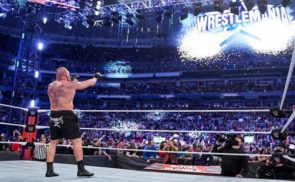