It’s the last regular show before the first week of Ultima Lucha, which will run for the next three shows. You can probably figure out most of the card from here but only a few matches have actually been announced. It should be interesting to see what Lucha Underground comes up with to get us there as they have some rather unique ways of setting up matches. Let’s get to it.

The Trios Titles will be on the line at Ultima Lucha with Fenix/Drago/Aerostar challenging PJ Black/Johnny Mundo/Jack Evans. The show now has its own graphics to really make it look important.

Cuerno gets Muertes to chase him around to start but Muertes just spears him down back inside, which Striker says is like the reaper’s trident. Muertes fires off some chops, which Striker say are designed to disorientate your opponent. A chokeslam gets two for Mil but Cuerno comes back with a running knee and dropkick to set up the big dive through the ropes.

The referee gets taken out as well so Cuerno grabs a chair. Of note here, Striker talks about some soldiers being in the crowd and then calls the bumped referee a casualty of war. Muertes no sells a chair to the head and blasts Cuerno with a clothesline. The chair to Cuerno’s back makes it even worse but Mil misses a charge and goes head first into the chair in the corner, allowing Cuerno to grab a rollup (and the ropes) for the pin at 4:30.

Taya and Ivelisse come in to see Dario and get catty with each other from the start. Dario makes a match between them for Ultima Lucha to see who the baddest woman is. As they’re leaving, Catrina comes in and calls Ivelisse a little girl. Apparently Muertes wants a rematch with Cuerno at Ultima Lucha but Dario lists off everything Catrina and Muertes have done to him. Catrina doesn’t care and asks for it to be a death match. Dario actually agrees and Catrina disappears. Dario: “Women.”

Rey Mysterio is out with Azteca. They start fast by running the ropes with Puma missing a kick to the head and a standing moonsault before they trade armdrags. Striker begs Vampiro to help him with this play by play but he gets a break as the guys shake hands off a standoff. Dragon slaps him in the face and they run the ropes again with both guys sliding to the floor. Azteca runs back in for a suicide dive but gets caught on Puma’s shoulders and sent back first into the post.

Back in and Dragon’s middle rope hurricanrana sends Puma flying and a springboard hurricanrana takes him off the middle rope. A running forearm to the jaw staggers Puma again, allowing Dragon to hit his pop up DDT (the DDTJ) for two. Back up and Puma pulls Dragon off the middle rope into a Blue Thunder Bomb followed by some rolling suplexes for two. The 630 is broken up as Puma gets crotched and a super victory roll gets two for Dragon. Puma kicks him in the back of the head and a Michinoku Driver gets two more. A dropkick sets up the 630 to finally put Dragon away at 8:44.

Here are Son of Havoc, the Mack, Cage and Texano in the ring for a chat with Dario. The boss has plans for the four of them for Ultima Lucha: the Unique Opportunity Tournament. The winner will receive the most unique opportunity that he’s ever offered so give it everything you have. The tournament starts next week but he thinks they should get a start right now so the brawl is on.

We run down the Ultima Lucha card.

Mundo flips off the crowd to make it clear that he is in fact the villain. Fenix starts with an early rollup attempt before a standing moonsault gets two. Mundo takes him into the corner for some choking, only to get chopped over and over and over. A quick C4 gets two for Mundo and we hit a double arm crank with a chinlock. Mundo spinebuster him for two and Taya gets involved with some choking.

Fenix superkicks him off the ropes though and dives out onto Johnny and Taya at the same time. We get a Super Calo reference before Striker says this is the fight of Fenix’s life. Fenix gets two more off a sunset bomb but Taya grabs his foot so Johnny can kick him in the head. The End of the World misses as Taya puts the Trios Title belt on the apron. Fenix is right back up and chopping Johnny on the top, setting up a super C4 for no count as Taya has the referee. A belt shot puts Fenix away at 7:53.

Post match the other four members of the trios come out for the big brawl with Ivelisse following them to go after Taya. A huge brawl ends the show with the good guys (and Ivelisse) cleaning house. 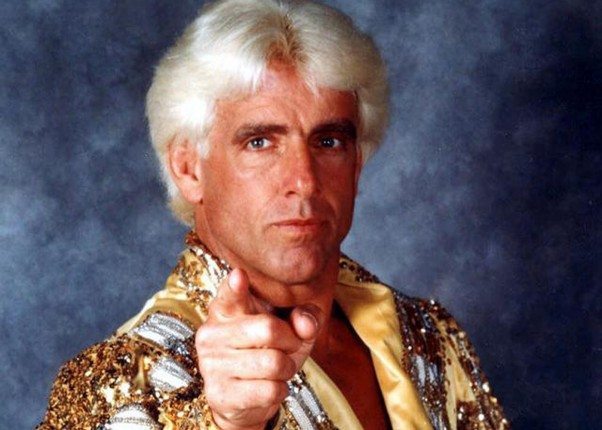