We’re back to one of the things NXT does best as there’s a major match in a few weeks and a few things in between to tide us over. Tonight we have Carmella vs. Alexa Bliss, which has the potential to be something interesting and then be a bigger match down the line. The tag division is heating up again as well so let’s get to it.

Bliss takes over early on with a running shoulder but Carmella snaps off a headscissors. A looking snapmare puts Bliss on the floor and the fans aren’t sure who to cheer for. Back in and Carmella takes her down with a headlock, only to get stomped on as we take a break.

We come back with Carmella fighting back with right hands and running clotheslines, followed by a superkick. The Bronco Buster connects but Alexa rolls out with a sunset flip for another near fall. The Sparkle Splash is broken up and a Stratusphere gets two. A choke shovedown sets up the Sparkle Splash, now called Twisted Bliss, for the pin on Carmella at 13:08.

We see Finn Balor and Shinsuke Nakamura’s initial segment from two weeks back.

Nakamura talks about traveling the roads with Balor and being very happy for him becoming an NXT star. But now Nakamura is here and he needs something to move him up to the next level. Before becoming a champion, he has to face the icons, including Finn Balor. He promises something special when they get in the ring.

Bayley is ready to go after the Women’s Title again but Alexa comes in and says she should get the next shot. If Bayley wants the shot, she can go through Alexa.

Potjes is a somewhat creepy guy who we’ve seen before. Almas hits a quick dropkick to start and teases a pair of dives but stays in the ring both times, kind of annoying the crowd. Back in and Noah kicks him in the ribs and puts on a chinlock. Almas gets in some kicks of his own though and the running knees in the corner give him the pin at 2:54.

Austin Aries doesn’t like the idea that he isn’t getting the respect he deserves around here. Someone like No Way Jose comes out here without ever having beaten anyone, dances a bit, and gets cheered. The fans chant Austin sucks? No, because they suck. From now on, the fans are getting what they deserve from Aries.

Balor talks about going to Japan when he was twenty four and Nakamura was the first person to really show him how things went over there. They’re friends outside the ring and Balor was happy to help show him the way in this country. There’s no animosity between them but now they’re having to face each other. The fans are in for something special.

Bayley vs. Bliss is set for next week.

Rawley sends Gargano into the corner to start and hits a three point stance tackle before bringing in Ryder, who eats a dropkick. Ciampa comes in, drawing a PSYCHO KILLER chant, and grabs a cravate. Johnny sends Ryder to the floor and hits a big old dive, only to have Rawley get in a hard clothesline as we take a break.

We come back with Rawley in control as we have dueling JOHNNY WRESTLING/HE AIN’T HYPED chants. Ryder adds a missile dropkick but Gargano breaks up the Hype Ryder. Tommaso gives Ryder a discus lariat for two but Ryder powerbombs both of them off the top. The Elbro gets two on Ciampa and Gargano’s rollup gets the same on Ryder. Ciampa breaks up the Broski Boot and the running knee/kick to the head combo puts Ryder away at 11:17.

Post match Gargano and Ciampa say they beat the Revival a few weeks back. That sounds like they deserve a title shot but here’s American Alpha to disagree. Gable says they’re the former champions so if Gargano and Ciampa want a shot, it can be against them. They’ll deal with the Authors of Pain later but right now it’s time to take the titles back.

Cue the Revival to say they’re driving the car and calling the shots. Dawson tells “Garganzalla and Chimpy” that they haven’t earned a shot and American Alpha are more like the betas around here. This brings out William Regal and you can feel the fans smiling. Ciampa and Gargano will be getting a title shot soon, but first of all we need to decide who the best team is around here. Therefore, next week, it’s American Alpha vs. Revival in a 2/3 falls match.

Gargano/Ciampa and Alpha shake hands and the former leave but the Authors of Pain run in to beat down Alpha. Gargano and Ciampa try to make the save but get beaten down as well, leaving Alpha to come back in. Jordan gets in a suplex but the other guy takes his head off with a clothesline. Gable takes that clothesline/Russian legsweep combo and Paul Ellering comes out to watch to end the show. 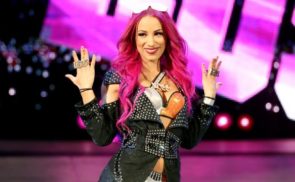 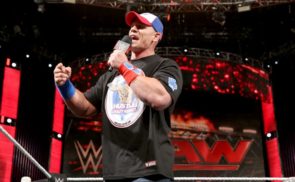