It’s the go home show for Best in the World and my guess is that means it’s time to talk about the Bullet Club instead of anything related to the upcoming pay per view. I mean, I really don’t think that the last several months focusing on New Japan has been fair to them so we better dedicate another hour to them. Let’s get to it.

The announcers use the entrances to run down Friday’s pay per view card. Feeling out process to start with Silas spinning out of an Irish whip, meaning it’s time for Young to bend back in a manner that freaks Gedo out in a funny bit. Gedo is sent outside where the Boys fan him down, earning themselves a poke to the eyes. We take a break and come back with Gedo hammering away but running into a forearm to the face. A facebuster has Castle in trouble but the Boys offer a distraction, allowing Castle to hit the Bang A Rang for the pin at 10:55.

We recap BJ Whitmer vs. Steve Corino, or at least the most recent aspects of it. They bring up the idea of Corino being run out of the promotion but Mr. Wrestling III appearing in his place. Whitmer then drew Corino back by stalking Corino’s family (shown here for the first time) to finally set up the Fight Without Honor on Friday.

Adam Cole doesn’t care who wins on Friday because he’s going to be the next champ.

We look at Jay Lethal becoming undisputed champion at last year’s Best in the World, followed by Jay Briscoe having Jay Lethal pinned at a show back in April.

Will Ferrara vs. Tomohiro Ishii

They slug it out to start with Ferrara not getting very far on the bigger Ishii. A shoulder actually staggers Ishii and a dropkick puts him down. A neckbreaker gets two for Ferrara but Ishii slams him down for some two counts of his own. Ferrara comes right back with a running elbow in the corner and a Samoan drop for two. Will goes one step too far though as he tries a suplex, earning himself a beating in the corner. A running clothesline gets two for Ishii so Ferrara slaps him in the face. That means the brainbuster puts Will away at 4:06.

The Briscoes are ready for the main event.

Here’s Steve Corino for some thoughts on his Fight Without Honor against BJ Whitmer. Corino is an evil man and it sounds as sweet as a slogan on a t-shirt. Years ago he took barbed wire to Terry Funk’s flesh and convinced people to turn on their best friends but it was always about him. A few years ago he fell in love with a woman and tried to change himself but it’s just his nature to be evil.

Whitmer has accused him of of wearing a mask and BJ was right. However, the mask was this suit, these glasses and under this dyed hair because it made people believe he was who people wanted him to be. At the end of the day, he’s an evil man and BJ Whitmer will be out of Ring of Honor after Best in the World because Corino is taking the trash out.

Jay Lethal likes the idea of facing the Bullet Club on equal footing because something they never try.

Roderick Strong is ready to stand up for Ring of Honor against the Bullet Club.

It’s Kenny Omega/Guerillas of Destiny/Matt Jackson for the Club in a somewhat weird combination. Matt and Mark start things off with Matt sliding under the crazy man but getting stopped by the threat of redneck kung fu, which earns him a jumping kick to the face. Strong comes in and knocks Matt down with an elbow to the face, meaning it’s off to Lethal vs. Omega for a BIG reaction from the crowd.

That goes nowhere though as Omega tags in Tonga Loa, who gets in a shot from behind to take over on Lethal. Now of course Omega is willing to come in and stomp away in the corner, only to have Mark take him into the ROH corner for a beatdown. Everything breaks down for a bit and it’s time for the multiple dives but Omega pulls Lethal to the floor and sends him into the barricade. Strong kicks Omega in the face though and we take a break.

Back with Omega trying to fight out of the corner but getting planted ribs first onto the mat. The tag brings Matt in anyway and it’s time for the superkicks because those are so hard to predict. The fifth superkick puts Roderick down for two and it’s off to Tama Tonga vs. Mark. Tonga’s suplex doesn’t work and it’s time for more kung fu. A Roll of the Dice drops Mark and it’s another double tag to bring in Lethal and Omega for a slugout.

The Lethal Injection is countered but Matt starts superkicking his partners by mistake. The One Winged Angel and Lethal Combination are both countered so it’s Jay Briscoe vs. whoever he can punch at the moment. Everything breaks down and the double superkick hits Lethal but the second attempt is broken up. The Jay Driller plants Loa for the pin at 15:12.

Dalton Castle and Bobby Fish trade promos about Castle earning his title shot but that not being enough to make him the champion.

Roderick Strong says Mark Briscoe may have been around here longer but he’s still going to be second best.

Both Jay’s are ready to go and prove that they’re the best in the world. Briscoe hopes Lethal has enjoyed all the good food he’s eaten in the last year because after Best in the World it’s back to Ramen noodles. 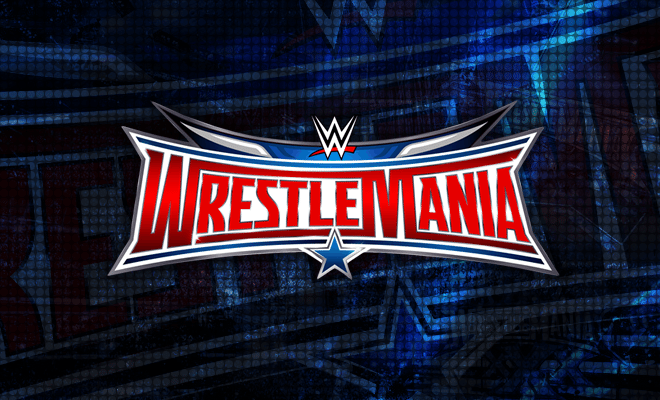 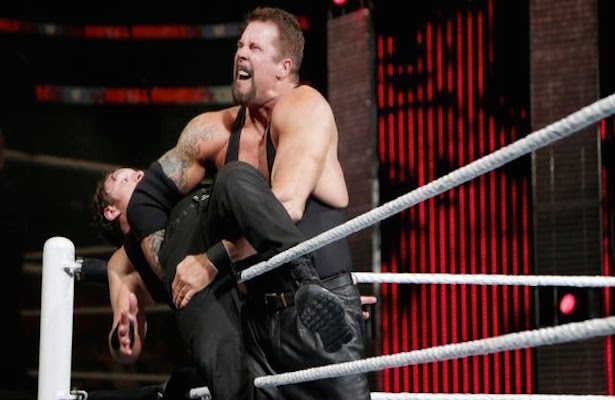