They’re what matter most. There are a lot of titles in WWE and they all have a meaning of some sort. Some of them are a lot more important than others but they all still have value. That means that whoever holds one of them is a bigger deal than most other wrestlers, which is why title changes matter so much. One of them changed hands tonight and it was a pretty big one.

NXT is an interesting place as, at least most of the time, it lives in its own world from WWE. There are legends of the promotion who could walk in for the first time in years and be the biggest names in the world all over again. You can tell when one of these people is coming up through the ranks and even more easily tell when one of them is established. One of them faced a milestone this week.

On this week’s episode of NXT, Rhea Ripley defeated Shayna Baszler to become the new NXT Women’s Champion. The loss ends Baszler’s reign at 416 days, making it the second longest of all time, with only Asuka’s 522 day reign being longer. Baszler had also broken Asuka’s reign for the most combined days as champion, besting Asuka’s mark by twenty six days.

It was a special moment. Check out the match and the celebration: 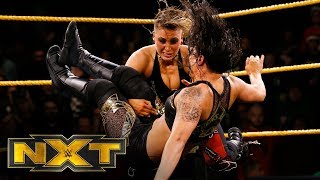 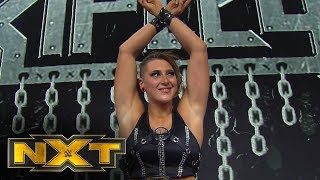 Opinion: This was a moment that had to happen as there was no reason to have Baszler hold onto the title any longer. She had held the title for over a year and had defeated everyone that she could, meaning that it was time for something new. Ripley was on fire coming out of Takeover: WarGames and Survivor Series so she was the only option to take the title from Baszler.

Did you like the title change? What is next for Baszler? Let us know in the comments below. 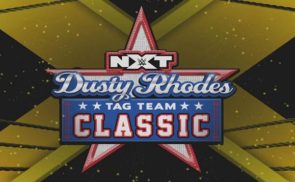