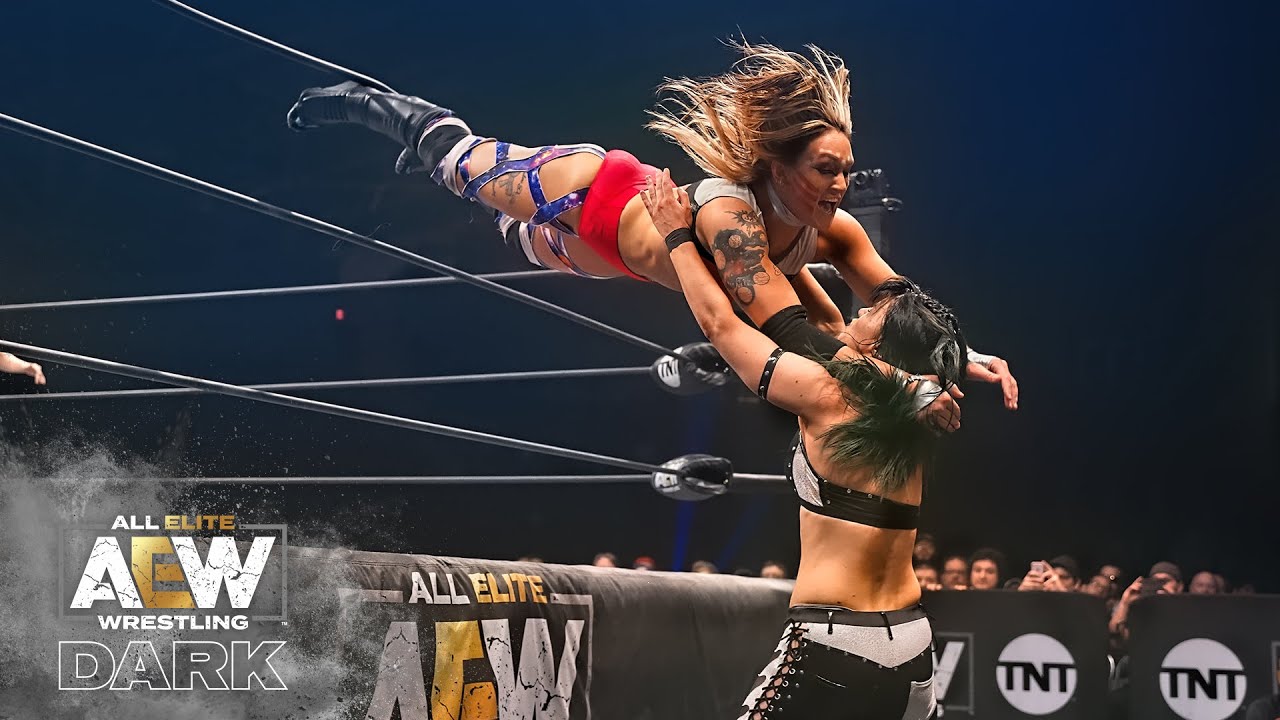 We’re still down in Texas and it’s time to get ready for a pretty big episode of Dynamite this week. That’s where a bunch of recaps could come in handy as there was a lot set up last week. The quality and importance of the matches on this show are almost impossible to guess, but that can make for a fun time of finding out. Let’s get to it.

The opening video looks at the Young Bucks wanting to build the company on the back of a strong tag team division but admitting that they haven’t been as good as they should be. Now though, they’re the #1 contenders to the Tag Team Titles. They love SCU and the three of them will be at the Bucks’ house for Christmas dinner. They’re coming for the belts though, no matter how awkward it makes Christmas.

The hosts run down the card.

Vickie Guerrero gets an introduction.

Non-title. Kassidy and Kazarian start things off with Kazarian grabbing a headlock takeover. Back up and it’s another headlock takeover in case the first one didn’t stick. An exchange of near falls sets up a standoff and the fans are rather pleased. They even slap hands and it’s a double tag to bring in Quen to face Sky. A dropkick puts Quen down but he’s right back up with one of his own, only to have Kazarian come in for a leg lariat.

The springboard legdrop gets two and it’s back to Sky for some strutting….and it’s Kazarian coming back in for a German suplex. Quen sends Kazarian into Sky though and the hot tag brings in Kassidy. A moonsault takes down both champs and a flapjack/bulldog combination gets two on Sky. There’s a stomp to the back of Sky’s head and the Party stops for some dancing.

Kazarian hits a double clothesline out of the corner and then goes over to get the tag from Sky in a smart move. House is cleaned again and it’s an assisted Unprettier for two on Quen. SCULater is broken up so Quen hits the big flip dive to take out Kazarian and Sky at the same time. Kassidy hits one of his own and it’s Quen getting two on Sky back inside. The shooting star press misses Sky so Kassidy forearms Kazarian a few times. Silly String is broken up and SCULater finishes Quen at 12:23.

This is Machiko’s debut and she has very colorful hair. Baker kicks her down to start and a crucifix gets one. Machiko’s arm is sent into the corner so we hit the crossface chickenwing. A superkick sets up Lockjaw finishes Machiko at 3:23.

Stadtlander starts fast and bends Bea back to…poke her? With that out of the way it’s a spinning legdrop to keep Bea down but she grabs a crucifix for two of her own. Bea heads to the floor and drops her onto the apron to take over for the first time. Back in and a running dropkick against the ropes gives Bea two.

The Cheeky Nandos kick misses though and Stadtlander gets two off a suplex. A discus lariat knocks Priestley outside and there’s the suicide dive. Cue the Nightmare Collective in the crowd to tell Stadtlander to “come home” , allowing Priestley to get in a kick to the head for her own two. An Oklahoma roll gives Stadtlander two but she gets dropped with a Saito suplex. Stadtlander is right back with an ax kick for another near fall and the Big Bang Theory finishes Priestley at 9:27.

We run down the Dynamite card.

Stadtlander says Britt Baker is next and makes a bunch of space references. She’ll be Britt’s leader.

Chuck headlocks Angelico down to start but it’s quickly broken for a standoff. The Friends start taking turns on Angelico’s arm as Janela makes some thinly veiled references to Jim Cornette. Taylor grabs a half crab on Angelico but Evans makes a quick save. That’s fine with Chuck, who hits Soul Food, only to allow the tag to Pac. A kick to the head sets up a hiptoss to give Evans two and it’s back to Angelico to continue the rapid fire tags.

Chuck rolls over for the hot tag to Trent to clean house, including a big running flip dive onto the Two. Pac breaks up the hug though and the fans are NOT pleased with that one. The fans want Orange but have to settle for Trent getting choked in the corner. Evans kicks Trent in the head for two more, followed by Pac’s Blue Thunder Bomb for two more.

Trent manages a half and half suplex but Angelico makes the save and knocks Chuck off the apron. He doesn’t bother with Orange (Joey: “Because he fears for his life.”), only to walk into a spinning DDT from Trent. The hot tag brings in Cassidy and the place goes NUTS as he takes off his glasses. The hands go into the pockets for a dropkick into a nip up, plus a dodge to make Pac pump kick Evans by mistake.

Cassidy hits the slow motion kicks on Pac before taking the hands out for a tornado DDT. The glasses go back on and Cassidy hits a suicide dive to take out all three of them at once. That means a three way hug back inside and Cassidy’s top rope splash gets two on Angelico. Chuck’s moonsault misses though and it’s an assisted moonsault to set up Pac’s 450 for two. Pac kicks Cassidy to the floor and snap German suplexes Chuck. The Brutalizer finishes Taylor at 13:22.

Tony and Dasha wrap things up. 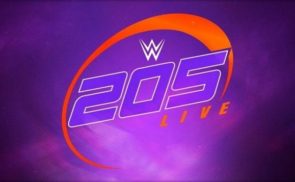 Another Bad Sign: It’s Going To Be A While Before You See 205 Live Again 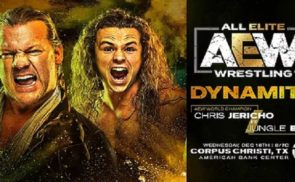